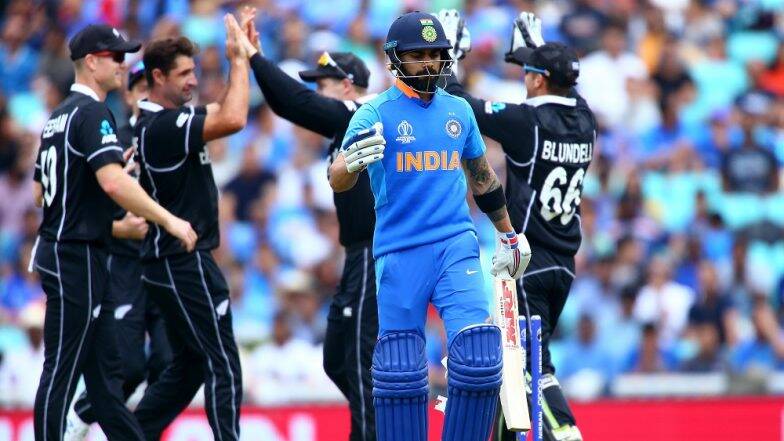 London: Skipper Virat Kohli’s Men-in-Blue team is consider as one of favorites squad to win the World Cup 2019 but unfortunately kicked start their tour with defeat against New Zealand in first warm-up match at the Oval ground in London.

The team India may fail under overcast condition in England but will try different combinations according to plan before beginning of the showpiece event on May 30.

Men-In-Blue was bundled out for 179 after electing toss and opted for bat first. The left-arm pacer Trent Boult grabbed four wickets earlier on with some swing bowling as India were shot out inside 40 overs. 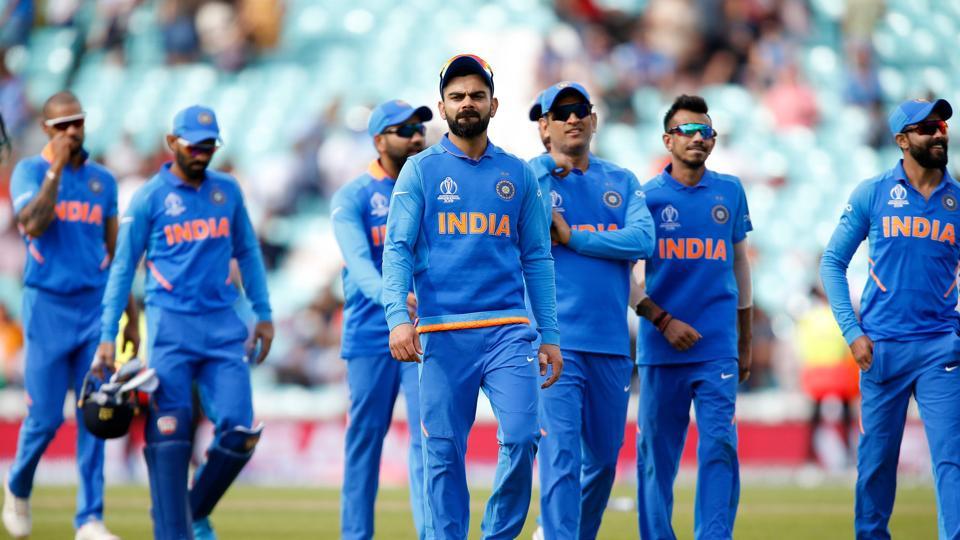 New Zealand crossed the line with almost 13 overs to spare Ross Taylor (71) and Captain Kane Williamson (67) both spent useful time in the middle and helping themselves to half-centuries.

Earlier, after winning toss Virat Kohli elected for bat first on ground to test his batsman in such conditions. Although, India tried every best possible combination but this back fired as none of their openers were able to get success.

After Kohli who was struggling for his team, India was left at 39 for 4 in the 11th over. 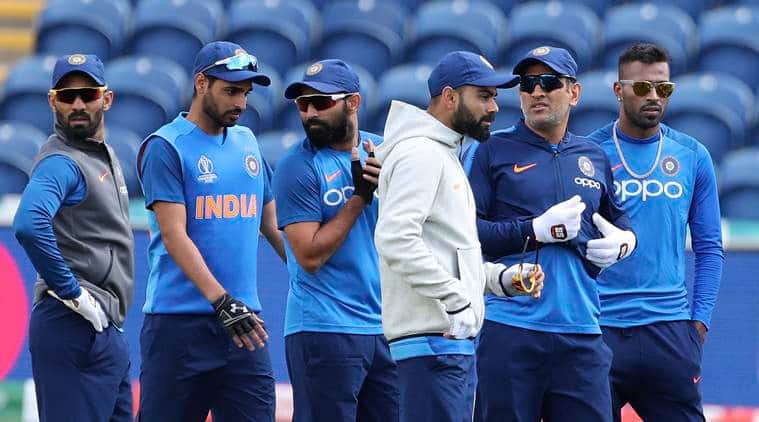 With batting less than 40 overs, Boult took catch a four-fer while James Neesham three wickets as India folded up for 179.

Despite of Indian team poor batting performance, Jadeja feels that team need not to panic after losing the match.

Now India need to aim for amendment in their batting mistakes and get ready to take over Bangladesh in the second warm up match before beginning against South Africa on June 5.

While in other warm-up game England failed and lost against team Australia by 12 runs chasing 298 England were bowled out for 285 in Southampton.