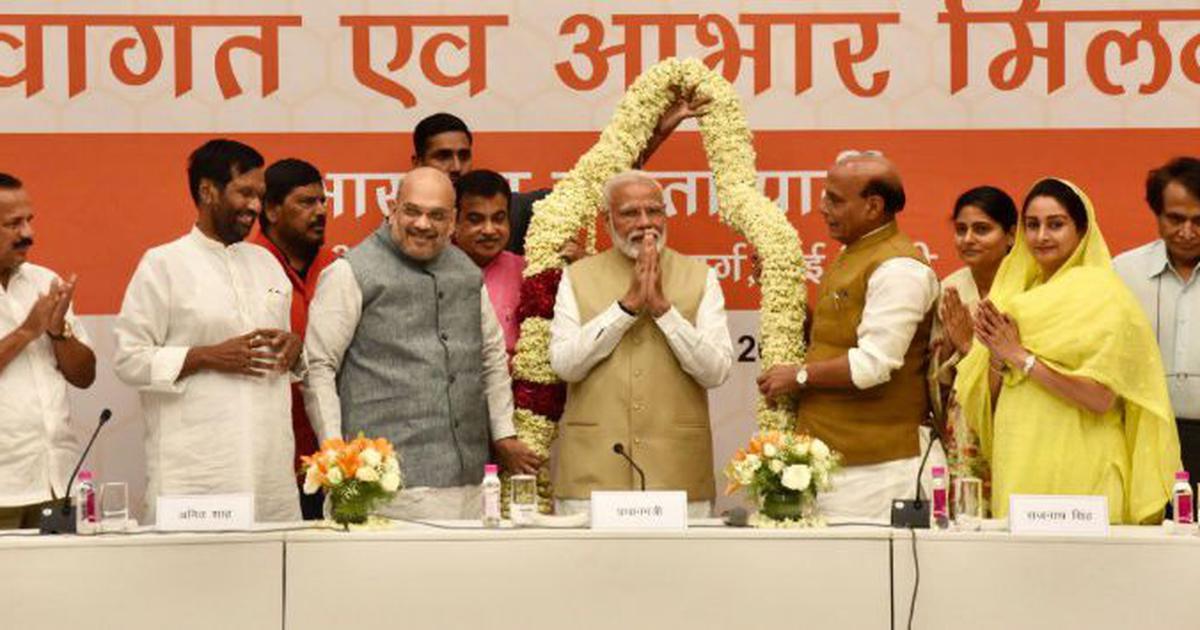 New Delhi: As celebrations broke out across the BJP’s headquarters on Thursday with the party leading in 294 seats, senior ministers and alliance partners congratulated Prime Minister Narendra Modi for the victory described variously as a tsunami and a landslide.

Senior ministers Sushma Swaraj, Suresh Prabhu and Ramvilas Paswan were among those who credited Modi with being at the centre of the electoral victory.

“It was not an election but Modi tsunami. I heartily congratulate Narendra Modi,” Consumer Affairs Minister and Lok Janshakti Party Ram Vilas Paswan said in a tweet. 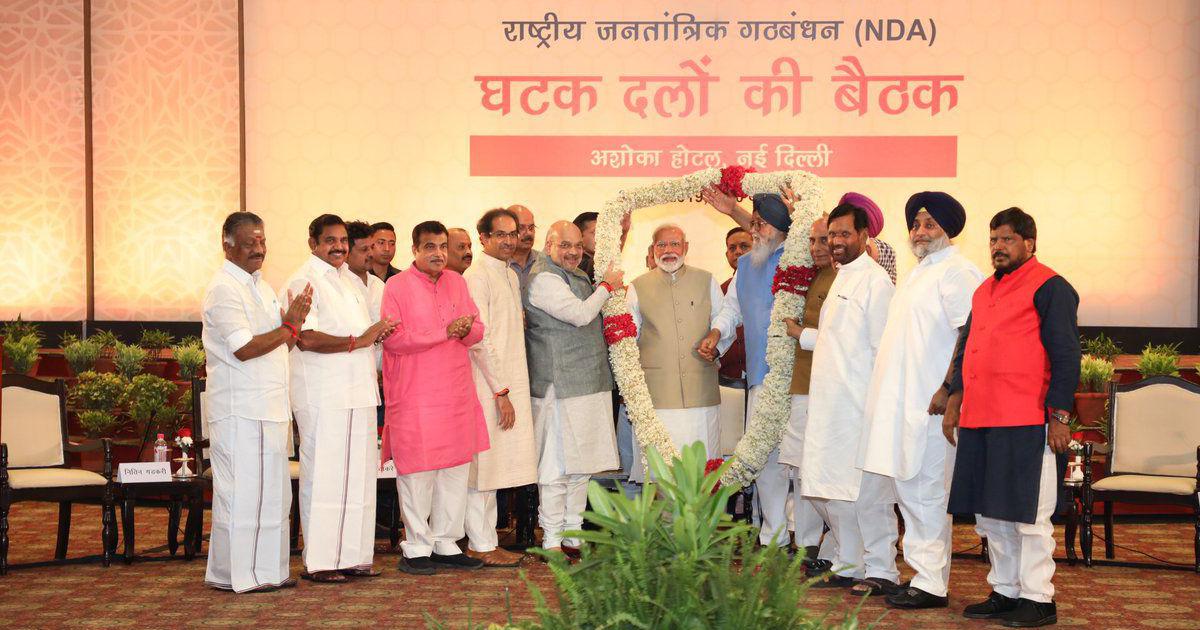 His ministerial colleague, the BJP’s Prabhu, also likened the win to a tsunami.

“It’s nothing short of a landslide, a political tsunami sweeping entire country, east or west, BJP is the best, is a reality. North to south people have voted for a clear, unambiguous choice… country must progress further under the leadership of Narendra Modi… ,” Prabhu said in tweet.

Minister in Narendra Modi government congratulate him for landslide victory:

Congratulating Modi for the landslide victory, Swaraj said she was grateful to the people of the country.

Another minister Jayant Sinha said people of India had given their blessings to Modi.

“The people of India have given us their blessings to Narendra Modi, Amit Shah, NDA allies, and all of us karyakartas (party workers) have worked diligently to take our work and message to every voter across our vast and diverse nation.” 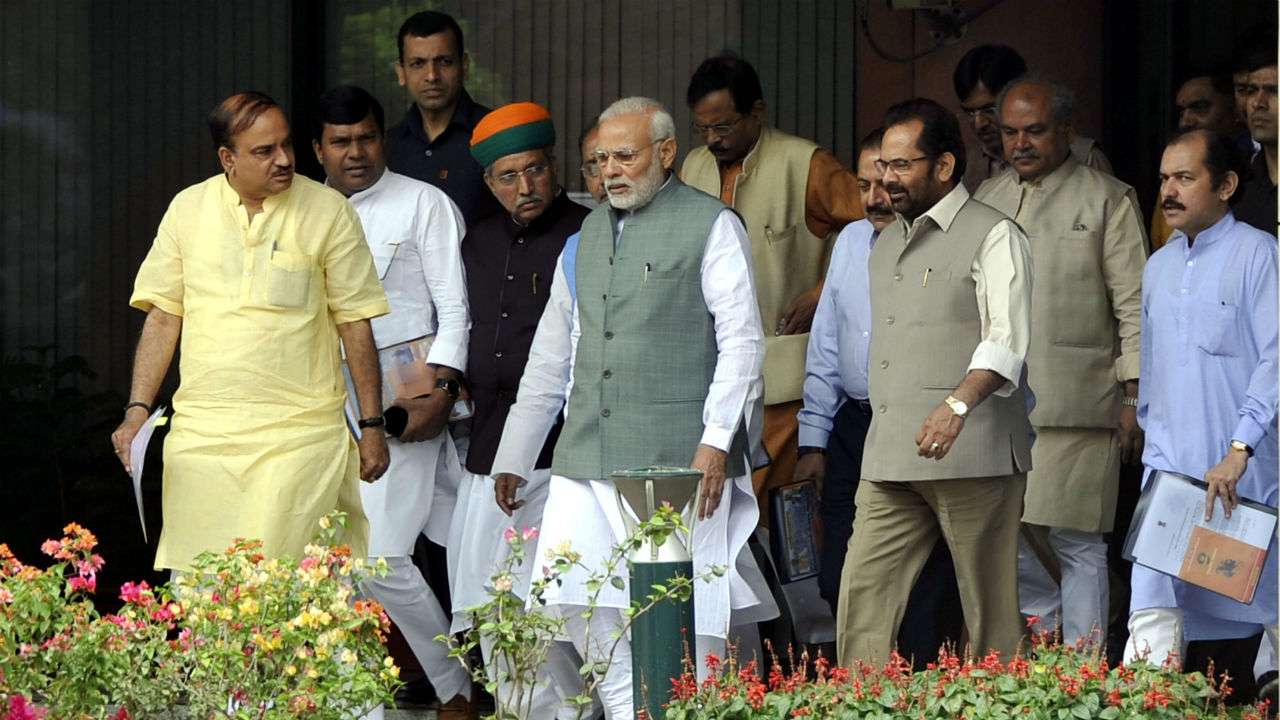 Another minister Rajayavardhan Singh Rathore said,”My salute to the untiring workers of BJP and Jaipur rural, this is their service to the nation.”

Election Commission trends showed the BJP leading in 294 of 542 seats and the Congress lagging far behind with 50.

Arun Jaitey or Piyush Goyal: Who will grab FinMin Post after election results! 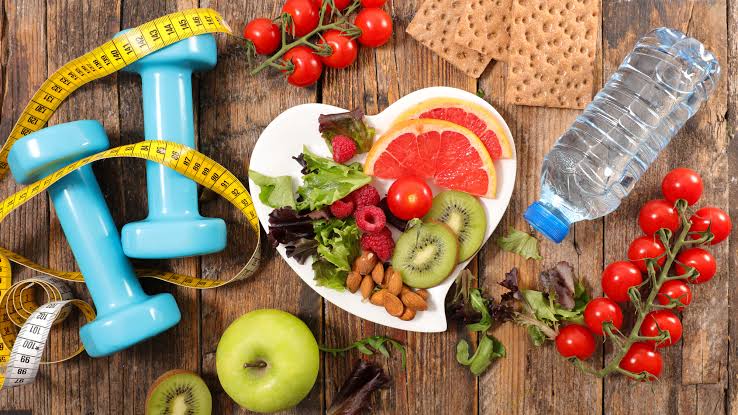