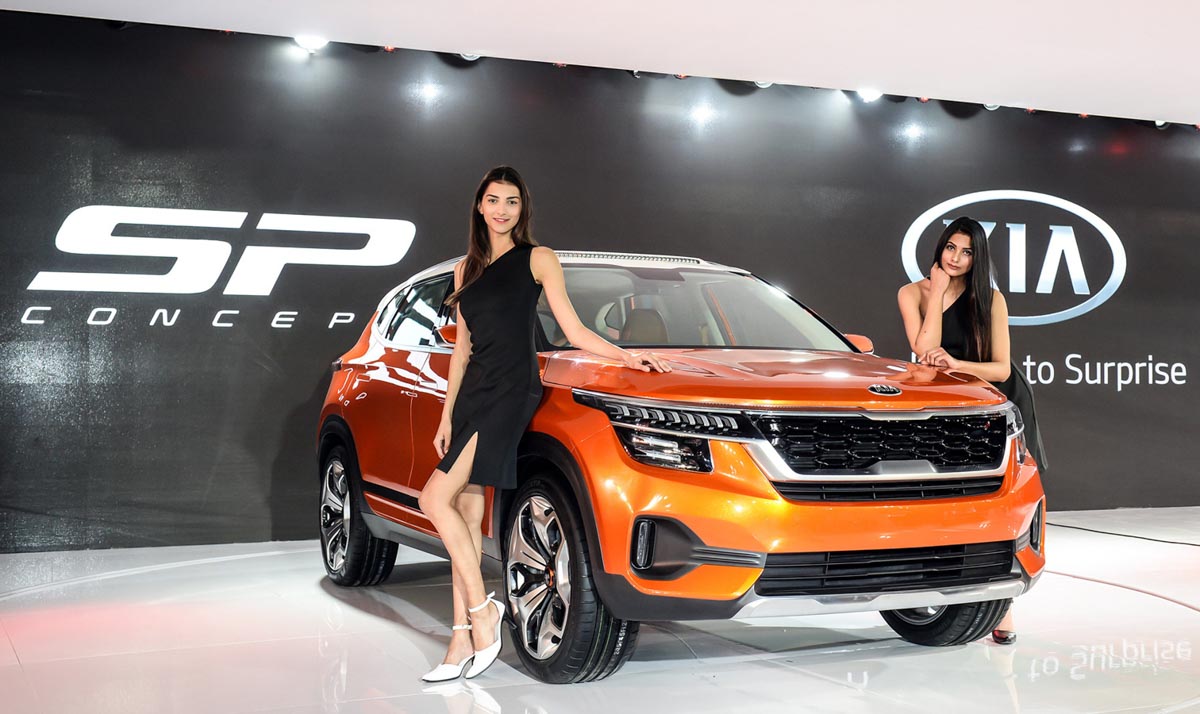 With its debut Kia commenced trial production of its newly built SP2i SUV at Anantapur.

After its debut at the 2018 Auto Expo in concept form, the Kia SP SUV has attracted plenty of attention and sharp style won many fans in the market. 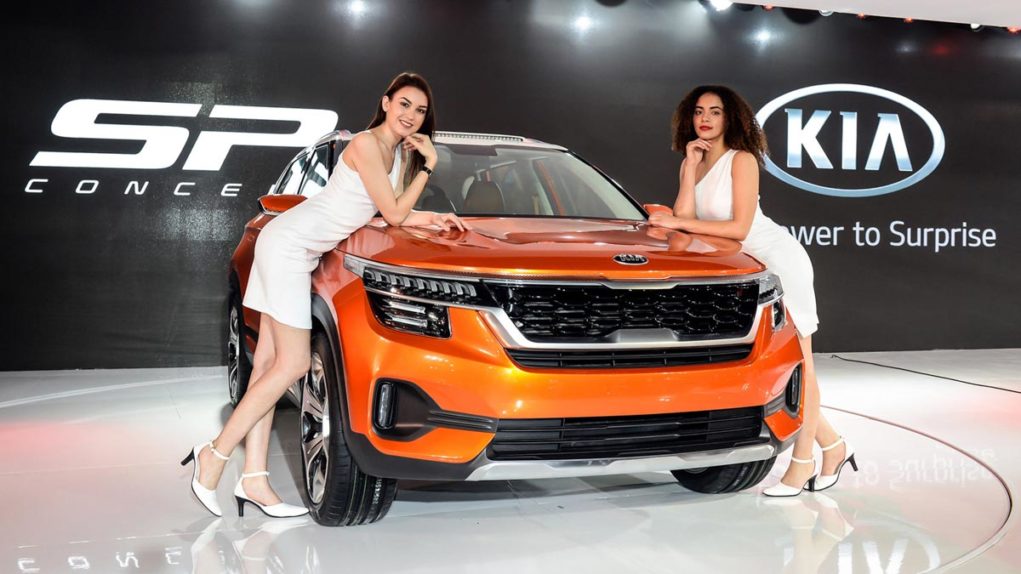 While Kia’s first model for India, the SP SUV (which could be named ‘Trailster’) has been spotted testing numerous times.

The starting price for this Rs 9-15 lakh now sources have confirmed the Kia SP’s India launch in market reveal will take place on June 20, 2019.

Earlier this year with series of production in Tamil Nadu will commence during second half of this year with investment of this plant nearly $2 billion (about Rs 15,000 crore) that include main plant, Vendor Park and more.

Recently with many more upcoming outlets company inaugurated its facility in Noida.

However SP2i been noticed many times in India but unable to get glimpse of interior here are some spy shots of SP2i’s all-black interior that you can see and read about.

Its squarish profile and sharp styling won many fans. The production SUV will feature Kia’s ‘Tiger Nose’ grille and will also sport the dual headlight look that is in vogue today. Expect the Kia SUV to have a spacious interior with funky styling.

The SUV is expected to be powered by 1.5-litre petrol and diesel engines, both of which will be offered with the option of automatic gearboxes. There’s also a sportier version of the SUV under development, which will get a 1.4-litre turbo-petrol motor.

The Kia SP SUV, which will launch in the second half of 2019, will take on the Creta, the Renault Captur and Nissan Kicks. 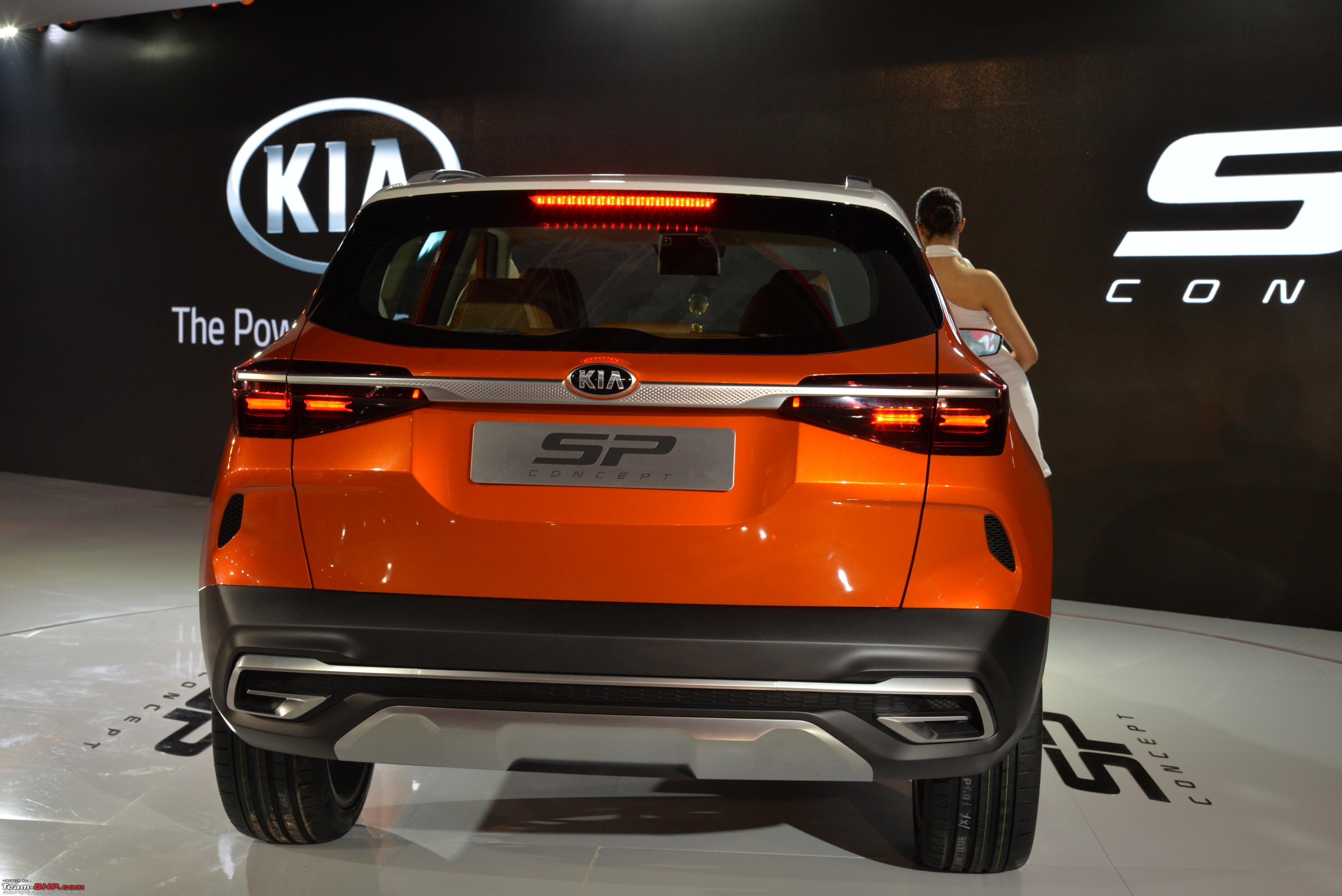 headlamps, wide tiger-nose grille and vertical fog lamps. At the rear, the SP2i gets wide taillights with LEDs, faux diffuser integrated in the bumper and twin exhausts.

The SUV gets a nice and butch appearance in the sketches with the boxy proportions and the flared wheel arches, most of which will be carried over on the production-spec model and terms of features, the Kia SP2i will be loaded with goodies including a massive touch screen infotainment system, 360-degree camera, wireless charging, full digital instrument console with head-up display (HUD) and ambient lighting.

The A 6-speed manual will be standard, alongside the dual-clutch automatic.

Arun Jaitey or Piyush Goyal: Who will grab FinMin Post after election results!

OMG: What leads to these Indian actresses opts prostitution! 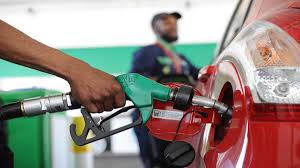 Oil companies have reduced diesel prices by 63 paise per litre (8.33%) since September 2, bringing down its rate to Rs 72.93 on Saturday in Delhi as international crude oil prices softened over 10% during the period because of a rise in the global stockpile and weak demand. Petrol rates have been cut by 22 paise a litre that brought down its retail price to Rs 81.86 in Delhi on Saturday.

The difference in quantum of decline in pump prices of petrol and diesel is mainly because their rates are aligned with respective international benchmarks that often do not move synchronously, two executives working for different state-run oil marketing companies (OMCs) said, requesting anonymity.

Benchmark Brent crude fell $39.83 a barrel on Friday because of weak demand. It slipped below $40 a barrel for the first time since June 15. Reuters reported on Saturday that the US stock markets ended lower for a second week following several economic indicators that suggest a long and difficult recovery from the Covid-19 pandemic.

One of the executives cited above said the falling international oil prices also helped state-run OMCs in reducing retail prices of subsidized kerosene sold through the public distribution system (PDS).

The retail selling price of PDS kerosene was reduced by Rs 0.69 per litre in Kolkata. There was a corresponding reduction in prices in other cities effectively from September 1, the executive said.

“This decrease is due to a drop in product prices in the international market and the strengthening of the rupee-dollar exchange rate,” he said. With this revision, the retail price of PDS kerosene was reduced from Rs 28.66 per litre in August to Rs 27.97 in September in Kolkata, he added.

The rupee-dollar exchange rate has a significant bearing on domestic fuel rates as India imports more than 80% of crude oil it processes and pays in dollars. Every dollar per barrel drop in crude prices reduces India’s import bill by Rs 10,700 crore on an annual basis.

According to the oil ministry’s data keeper, Petroleum Planning and Analysis Cell, the exchange rate fell to Rs 73.35 a dollar on September 11 compared to Rs 74.77 on August 3.