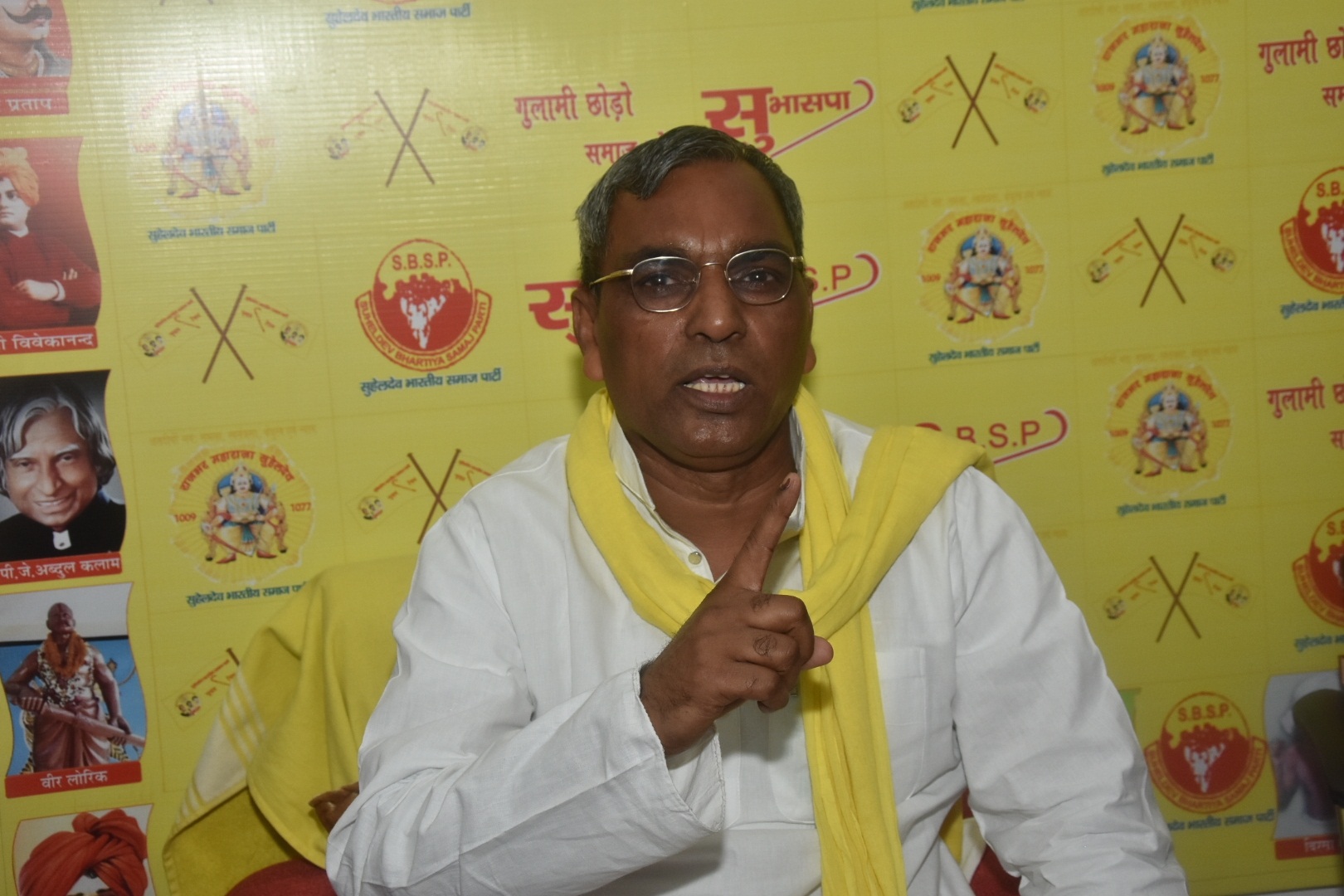 Lucknow: Om Prakash Rajbhar, who had been making statements against the BJP and its leadership, was removed from the Yogi Adityanath cabinet on Monday after Governor Ram Naik dismissed him from ministerial position on the recommendation of the Chief Minister.

The estranged BJP ally and Suheldev Bhartiya Samaj Party (SBSP) chief had even on the final day of polling on Sunday said that the SP-BSP alliance was poised for a big win in Purvanchal (eastern Uttar Pradesh), just days after he claimed to have walked out of the Adityanath government.

Rajbhar was miffed over denial of seats of his choice in the state, and had fielded 39 candidates in eastern Uttar Pradesh, including in Varanasi from where Prime Minister Narendra Modi sought re-election.

The Rajbhar community leader, who has considerable clout in eastern Uttar Pradesh, had already asserted that his party had not campaigned for the BJP in the just concluded elections.

Five other leaders of the Suheldev Bhartiya Samaj Party (SBSP), who were holding ministerial ranks in commissions, were also removed with immediate effect on Monday. 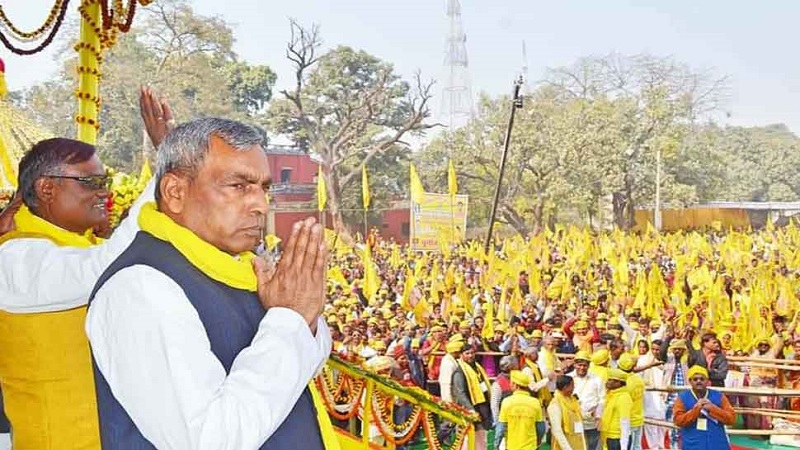 Talking to reporters immediately after his dismissal, Rajbhar said that he welcomed the decision.

“I welcome the decision but I wish that Yogi Adityanath had shown the same haste in dealing with issues related to my demand for implementing prohibition in the state, granting scholarships to poor children and other such issues,” he said.

He said that he would now work towards exposing the BJP.

“I will continue to consolidate my community and tell them how the BJP has cheated the OBCs and Dalits. The BJP never addressed issues raised by me and kept me waiting till the elections were over.

“Surely Yogi Adityanath could have dismissed me even during elections but they did not want to suffer OBC backlash by doing so. However, this is not the end of elections-there will be more elections in the future,” he stated.

Rajbhar had claimed that he had sent his resignation to the Chief Minister on April 13 but BJP sources claim that the resignation was “nowhere to be found”.

“If he had to resign, he should have sent his resignation to the Governor,” said Deputy Chief Minister Dinesh Sharma.

Rajbhar had used unparliamentary language for the Bharatiya Janata Party and its leaders during the campaign and had even campaigned for opposition candidates.

According to sources, the BJP is now ready to get rid of Om Prakash Rajbhar and would now promote its own Minister of State Anil Rajbhar, a legislator from Sakaldiha Assembly segment in Chandauli district.

“We can win over the Rajbhar community through Anil Rajbhar. There are three years to go for the Assembly elections,” said a BJP leader. 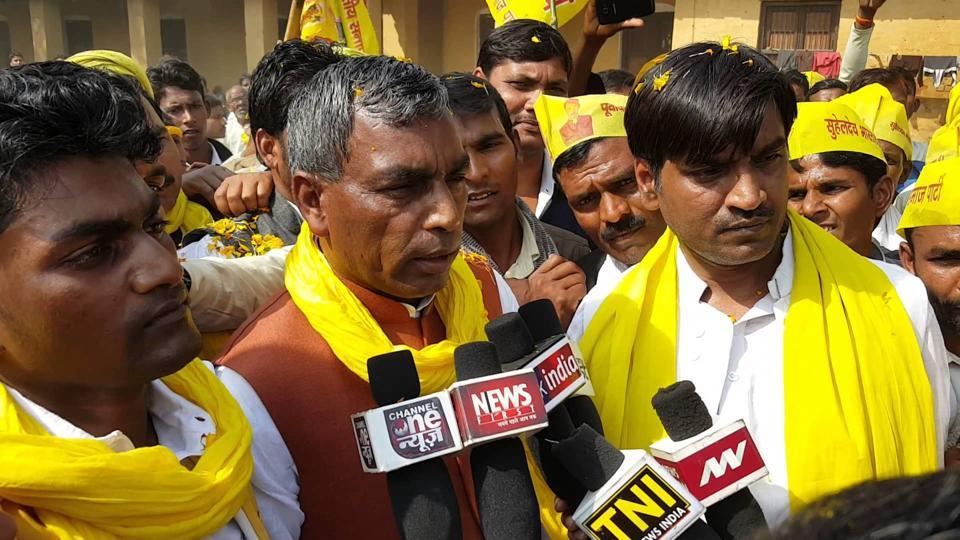 On Sunday, during the final phase of polling, Om Prakash Rajbhar claimed: “No party will get a majority in these elections. In eastern UP, It is the SP-BSP alliance that will dominate. Without our support the BJP will suffer losses in at least 30 seats in Purvanchal. It is losing Balia, Gorakhpur and Ghazipur seats,” said Rajbhar.

He predicted that the saffron party will only win 15 seats in the state. “The SP-BSP alliance will win 55-60 seats, while the Congress will gets 2-3 seats. We are not with them now. We only asked for the Ghosi seat, which the BJP did not give us,” he said.

The SBSP chief, who has been playing spoiler to the BJP’s plans in Uttar Pradesh, last week declared support for the Congress candidate in Mirzapur and SP-BSP-RLD alliance candidate in Maharajganj and Bansgaon.

His new statements was seen as aimed at creating trouble for the BJP, since Rajbhars constitute 20 per cent of the Purvanchal population and are regarded as the second-most politically dominant community after Yadavs in the eastern part of the state.

Over 64% voting recorded in final phase of Lok Sabha elections