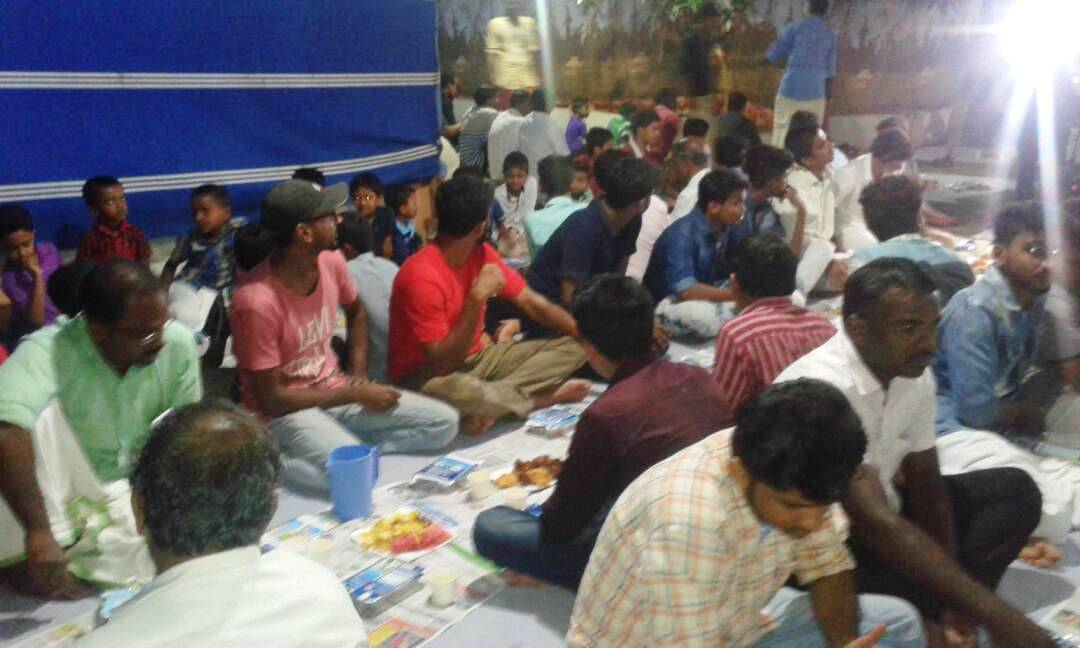 Lucknow: To establish communal harmony in between Hindu and Muslim community people, a temple in Ayodhya district decided to organise ‘Iftar Party’ during ongoing holy month of Ramadan for people of Islam religion.

Approximately 500 years old the Saryu Kunj temple situated next to the Ramjanmabhoomi-Babri Masjid disputed site in Ayodhya will host Roza iftar party for large number of Muslim community people from within and nearby city this Monday. 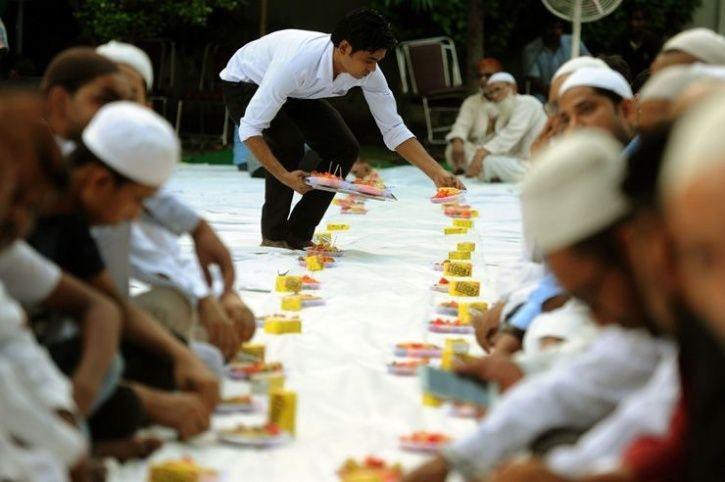 Mahant Jugal Kishore Sharan Shastry, the chief priest of the Saryu Kunj temple said, “We want to give a message that there is no political motive behind the move; we just want to spread a message of peace and harmony from Ayodhya to the world.”

During Iftar party evening prayer (Maghrib namaz) was offered in premises of the Hanumangarhi temple where guest Rozedaars were distributed laddoos and traditional dates on white sheet arranged by temple management.

Muzammil, Urdu poet a resident of Ayodhya who will take part in the Saryu Kunj Iftar party said “Being a minority in Ayodhya, we have never felt unsafe; thanks to our Hindu brothers who never made us feel that we don’t have to worry about any danger here.”

Priests of Hindu temple will host ‘Iftar Party’ for Muslim gathering in Ramadan:

Priest Mahant Raghusharan Das said, “This was for the first time an iftar was held this temple efforts is made to bridge the gaps between the two communities. Hosting Iftar for Muslim brothers is a good opportunity to bring both the communities closer, so we decided to give a message of peace through this roza iftar.” 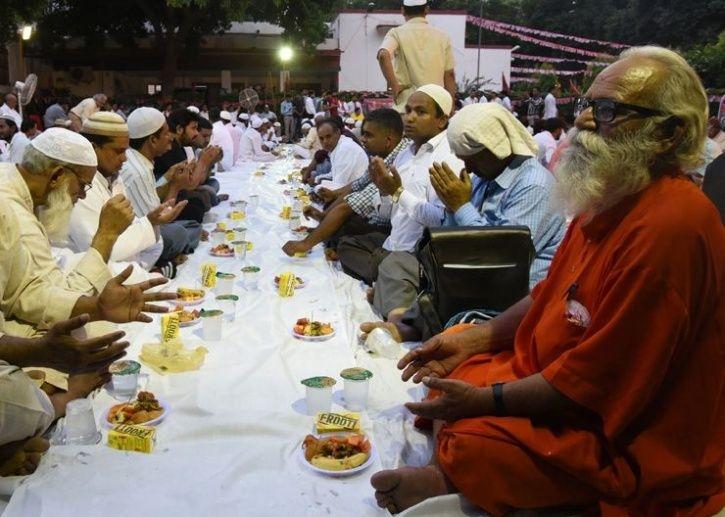 Not only this, MRM will hold iftar parties in Uttar Pradesh from Friday onwards too. MRM’s first party in UP is scheduled for June 8 in Bareilly, June 9 in Lucknow, June 11 in Unnao and June 12 in Kanpur.

Beside this Muslims wing of RSS will also hold parties in Kolkata on Tuesday, followed by series of such gatherings in various districts of Kashmir from Wednesday onward.

At Lucknow’s airport gold worth Rs 23.42 lakh recovered from woman