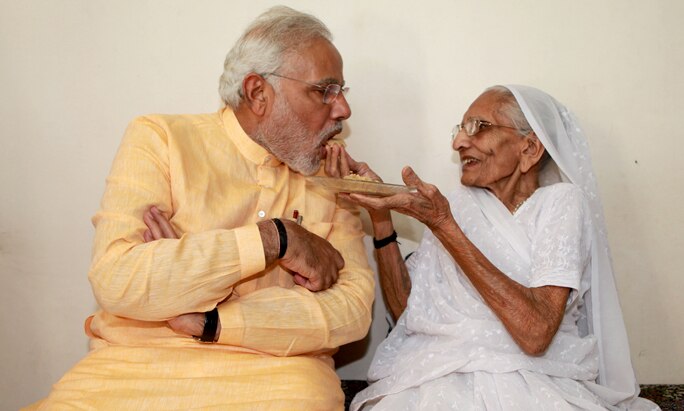 Prime Minister Narendra Modi on Tuesday called on his 98-year-old mother Hiraba at her residence here in Gujarat before casting his vote in the Lok Sabha elections.

Hiraba blessed her son and gave him a ‘chunri’, a coconut and Rs 501. The mother and son also exchanged sweets.

During his visits to Gujarat, Modi makes it a point to call on his mother. She stays with her younger son. 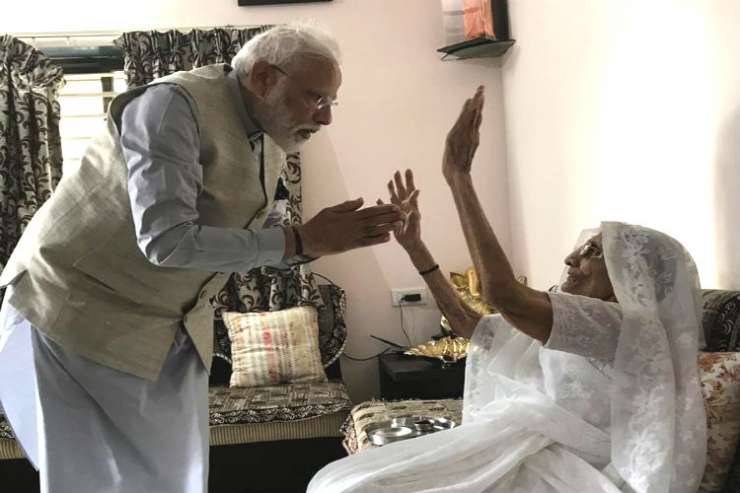 Later, she too cast her vote at a polling booth in Gandhinagar, where the BJP candidate is party President Amit Shah.

When Modi went to the Nishan School in Ranip area of Ahmedabad, Amit Shah accompanied him.

Before casting his vote, Modi played with Shah’s granddaughter and gave enough opportunity to shutter bugs and videographers to take pictures.

Over 10% voting in UP LS polls 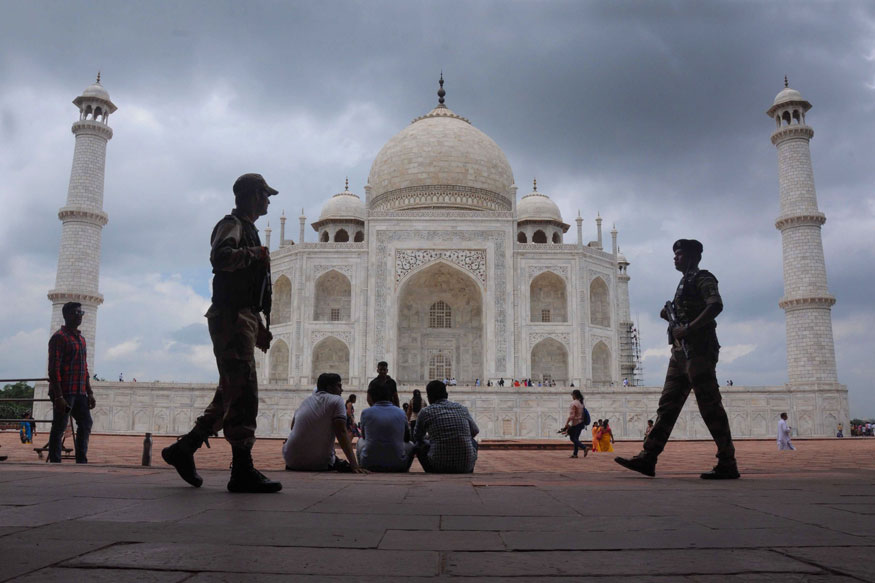 Lucknow: Uttar Pradesh chief minister Yogi Adityanath will be visiting Agra on Tuesday to take stock of arrangements for the visit of US President Donald Trump to the city of Taj Mahal.

President Trump and First Lady Melania Trump are likely to visit the Taj Mahal on February 24 and remain in city for around 2 hours.

According to the government spokesman, the chief minister will be inspecting route from Kheria airbase to Taj Mahal and will also hold a high-level meeting of officials.

A team from the US embassy is also scheduled to visit Agra on Monday to work out the modalities of Trump’s visit.

Preparations for the visit of the state guests are being directly monitored by the Prime Minister’s Office.

Divisional commissioner Agra, Anil Kumar, has assigned responsibilities to the senior officials to make arrangements for the state guests.

The Agra Municipal Corporation (AMC) has launched cleanliness drive on the route to the Taj Mahal. Senior officials of police and administration are getting all the encroachments removed in the vicinity of the 17th century monument.

District magistrate Prabhu Narain Singh has ordered repair works on the VVIP route, fresh coat of paint on road dividers and walls on both sides, removal of unauthorized and torn hoardings, shifting of stray animals and the top level security arrangements.

According to municipal commissioner Arun Prakash, “Our teams are already on job to make the required arrangements ahead of US President’s visit. Before the proposed inspection of CM on February 18, all the encroachments, unauthorized hoardings will be removed. Road repairing work has also been initiated and will be completed very soon. The entire VVIP route will be systematically maintained and decorated to welcome the guests.”

Meanwhile, over 5,000 policemen will remain on duty during the VVIP visit. Besides, 200 officials of several intelligence agencies will also remain on duty.

All residential and government buildings along the route will be subjected to checking. Verification of people living in houses and working in shops and showrooms has been initiated. Hotel owners have been asked to share details of all the guests on a daily basis from February 18 onwards.

Local intelligence unit is keeping a close watch on the activities of these people and some of them may be put under preventive detention, ahead of the UP President’s visit.

Drone cameras will also be used to monitor public activities in localities situated along the route.