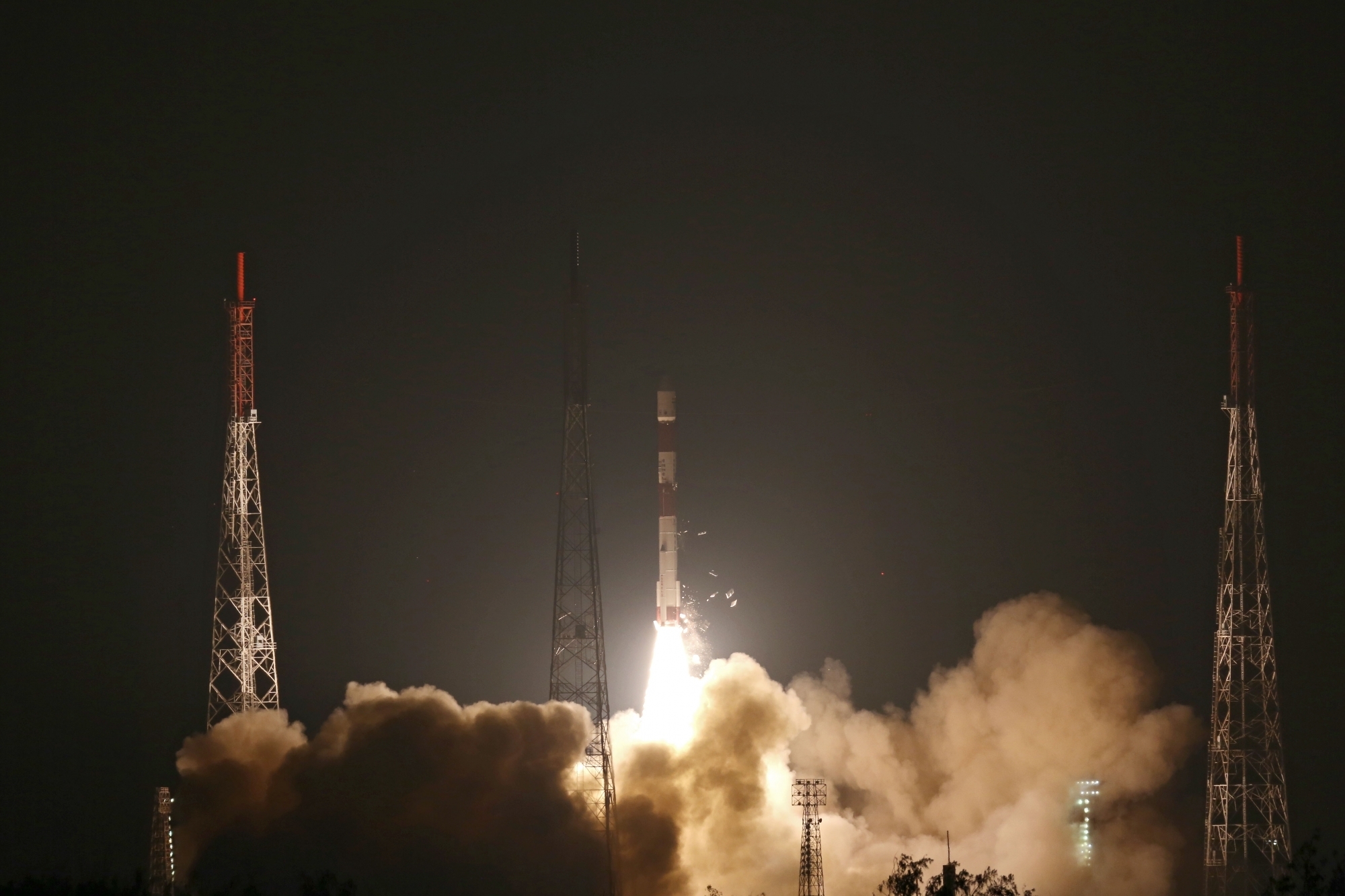 Sriharikota: The Indian Space Research Organisation (ISRO) on Monday put into orbit the Emisat, an electronic intelligence satellite for the Defence Research and Development Organisation (DRDO) in a copy book style.

The notable aspects of this space mission were the flying of a new variant of the Polar Satellite Launch Vehicle (PSLV); switching off and on the fourth stage engine couple of times; and the use of the fourth stage as an orbital platform carrying three experimental payloads.

At 9.27 a.m., the PSLV rocket standing at 44.5 metres tall and weighing about 239 tonne with a one-way ticket, hurtled itself towards the skies ferrying the Emisat and 28 international customer satellites — 24 from the US, two from Lithuania and one each from Spain and Switzerland. 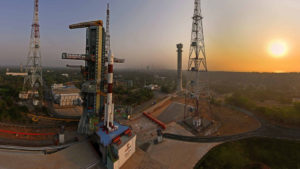 With the fierce orange flame at its tail lighting, the rocket slowly gathered speed and went up enthralling the people at the rocket port while the rocket’s engine noise like a rolling thunder adding to the thrill.

“It is a special mission for us. We will be using a PSLV rocket with four strap-on motors. Further, for the first time we will be trying to orbit the rocket at three different altitudes,” ISRO Chairman K. Sivan had earlier told media persons. 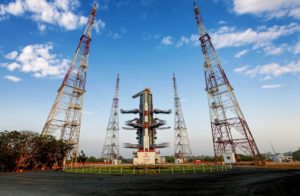 In its normal configuration, the rocket will have six strap-on motors hugging it’s first stage.

The space agency also has two more PSLV variants — Core Alone (without any strap-on motors) and the larger PSLV-XL.

The ISRO selects the kind of rocket to be used based on the weight of satellites it carries.

Even though ISRO has done this earlier, it was more thrilling to note the rocket’s fourth stage/engine was cut/switched off.

More thrilling aspect came in when rocket’s fourth stage/engine was cut/switched off in just over 16 minutes after the lift off.

Forty seven seconds later, the Emisat was ejected at an altitude of about 753 km. 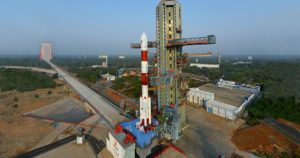 “There is increased demand for satellites from strategic sectors. About six/seven satellites are planned to be built,” a senior official told media persons on the condition of anonymity.

Meanwhile, at about 60 minutes after the PSLV’s lift-off, its fourth stage will be restarted and run for about 10 seconds before it will be cut off again.

At about 108 minutes after the lift off, the rocket’s fourth stage will again restarted for few seconds before it will be again cut off. 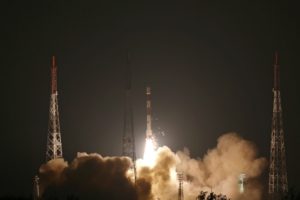 Again the fourth stage will be restarted and stopped twice to bring its altitude to 507 km at the end of three hours after the lift off.

India going to be fastest growing Media-Entertainment market till 2021

OMG: In this round of ‘Berozgars’ vs ‘Chowkidars’ colours of Modi shades-off in front of Rahul!