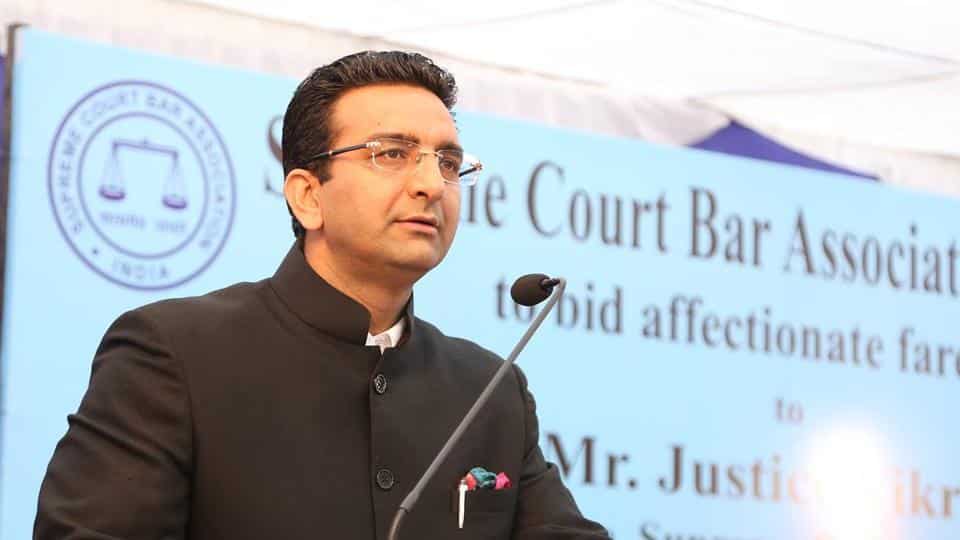 New Delhi: A video clip of Bharatiya Janata Party (BJP’s) spokesperson Gaurav Bhatia suggested rival party Congress spokesperson Rohan Gupta to wear a petticoat and sit since, according to him, the latter was scared of his argument.

In the viral video, Bhatia is heard saying, “If you are so frightened, then go and wear a petticoat.” No sooner had he finished making the sexist slur, the show’s anchor Rubika Liyaquat angrily reacted and admonished the BJP spokesperson for making a sexist slur.

Liyaquat said, “Gaurav Bhatia what is this? What kind of language are you using? You will indulge in such theatrics on my show. What do you meany by ‘go and sit by wearing a petticoat.’ They are in the opposition. They have a right to ask you questions.”

Rubika also reminded how he had also disparagingly referred to opposition as a bed bug as she demanded an apology from him. But, an unfazed Bhatia refused to apologise for his sexist slur. She asked if she was not brave because she wore a petticoat.

Meanwhile, the video has evoked angry reactions from journalists and other social media users with many also hailing the anchor for rebuking Bhatia for his distasteful statement.

Well done @RubikaLiyaquat. So.proud of you. Gaurav has just lost it. He has disgraced the art of debating. Always. What a shame.. https://t.co/hFIhdGq5cS— Abhisar Sharma (@abhisar_sharma) March 6, 2019

With this blatant sexist remark @gauravbh has shown he’s chosen the right party to be affiliated with: @BJP4India. The audacity with which he continued to speak over the anchor, without showing any remorse, pretty much sums up who he is & the kind of men the ruling party endorses https://t.co/HaBNv8aNYd— Prerna Bakshi (@bprerna) March 6, 2019

His critics have often likened him to another controversial BJP spokesperson Sambit Patra, who is also known for using derogatory terms while addressing his political rivals.

Bhatia, who had joined the BJP after severing ties with the Samajwadi Party, is known for making objectionable comments targeting the opposition parties. In December, while taking part in a TV debate on India TV, he had sensationally addressed Congress President Rahul Gandhu as a ‘peon.’