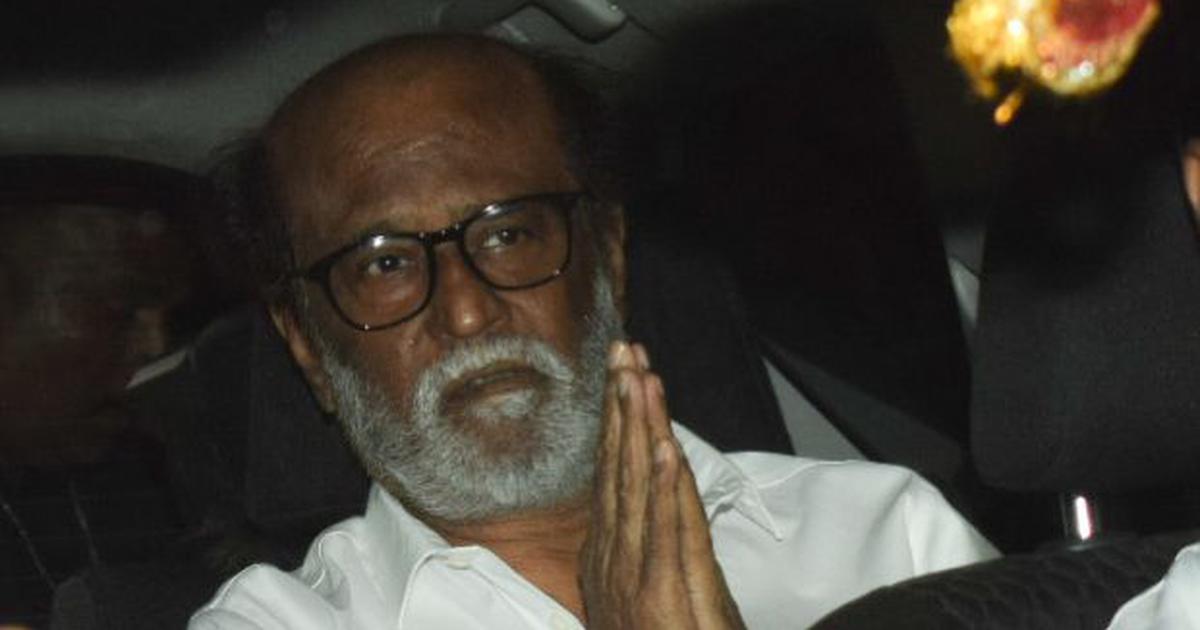 Chennai: Amid dragging speculation whether he will take the plunge or not, superstar Rajinikanth on Sunday announced that he will not contest the coming Lok Sabha elections nor will he support any political party.

In a statement on a letterhead of his fan club Rajini Makkal Mandram (RMM), a former bus conductor who enjoys frenzied following among Tamil cinema buffs, informed his fans that his name or photograph should not be used by anyone seeking votes.

The 68-year-old actor, who has worked in over 200 films, appealed to his fans: “Tamil Nadu’s main problem in the coming elections will be water. Any party that will form a strong and stable government at the Centre and which can solve the water crisis of Tamil Nadu permanently through schemes and give an assurance to fulfil them should be given support and fans should vote on that basis.”

There has been a lot of speculation whether Rajinikanth would enter politics and fight elections. He had some time back hinted at entering politics actively to fulfil the political vacuum caused by the death of iconic leaders M. Karunanidhi and J. Jayalalithaa.

While announcing his entry into politics, Rajinikanth had said he would be able to provide “good” governance like the late M.G. Ramachandran, the founder leader of AIADMK.

Rajinikanth had talked of spiritual politics that lent itself to speculation that he could back the Bharatiya Janata Party (BJP) in the Lok Sabha battle in Tamil Nadu, which elects 39 members to the Lok Sabha.

Reacting to the development, political strategist Jhon Arokiasamy told news persons: “By this announcement, Rajinikanth signals that he is maintaining an equidistance between the BJP and the Congress. Also, he does not want any connection with the likely AIADMK-BJP alliance.

Rajinikanth informed fans not to use his name in any political party as he decided not to contest LS polls:

“Perhaps this was done after the reversals suffered by the BJP in the recent Assembly elections in Madhya Pradesh, Rajasthan, Karnataka and other states. That apart, he is setting the Lok Sabha poll narrative for Tamil Nadu by referring to the water problem,” Arokiasamy added.

Rajinikanth has had a pro-BJP image in recent times and it is believed that he perhaps did not float a political party after the BJP suffered defeats in recent Assembly elections.

The actor’s long-time colleague in cinema, Kamal Haasan, who has no love for the BJP, last year floated a political outfit, Makkal Needhi Maiam. He has announced that his outfit will contest the coming Lok Sabha elections on its own.

Meanwhile, BJP’s National Secretary H. Raja told journalists: “Rajinikanth is consistent in his stand. On Dec 31, 2017 he said his target is only the Tamil Nadu Assembly polls.”

According to Raja, it is only the BJP that can provide a permanent solution for Tamil Nadu’s water problem with its schemes of linking of rivers.