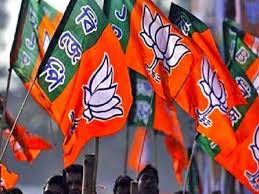 Uttar Pradesh, Bihar and Maharashtra, the electorally major states where the BJP had done exceedingly well in the 2014 elections, could hold the key to the party returning to power in the coming elections — depending on its alliances or the rivals.

As non-BJP parties are gearing up to forge a “mahagathbandhan” at least in some states, the ruling BJP hopes for a second consecutive win based on its performance, the micro-management of party President Amit Shah and the appeal of Prime Minister Narendra Modi.

Uttar Pradesh, which sends the largest number of 80 MPs to the Lok Sabha, is the main battle field where the BJP will face an acid test.

With the Samajwadi Party and Bahujan Samaj Party sewing up an alliance keeping the Congress out of it and the Congress preparing to go it alone, the stage seems to set for a multi-corner contest. However, political pundits feel that the SP-BSP alliance can pose a serious challenge for the BJP and may create hurdles in its return to power in 2019.

The coming together of SP-BSP, considered the biggest development in national politics, may give a major jolt to BJP as it had profited earlier from the divide. The two came together and tasted success in the Lok Sabha by-elections in Gorakhpur, Phulpur and Kairana last year. The SP won two seats while RLD secured Kairana.

In the 2014 Lok Sabha battle, the BJP swept winning 71 seats on its own and two more went to an ally, its best performance ever. The Congress and SP managed to save their strongholds, but the BSP was wiped out. 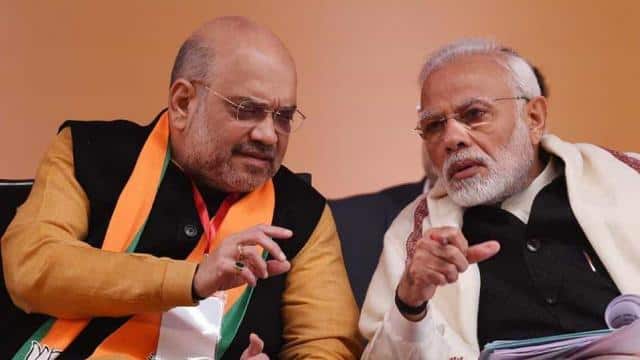 BJP leaders privately admit that the SP-BSP alliance could be a big test for the party. However, its chief Amit Shah has said that it was not the arithmetic that counts in elections but “chemistry”.

Bihar: The battlefield of Bihar has turned out be as interesting as Uttar Pradesh, with new political equations emerging. The opposition, led by RJD, has formed a “mahagathbandhan” with the Congress and other regional parties like RLSP of former Union Minister and the Hindustani Awam Morch of former Chief Minister Jitan Ram Manjhi to take on the NDA that is led by Janata Dal-United, the BJP and the Ram Vilas Paswan’s LJP.

In the last Lok Sabha polls, Kushwaha was part the the NDA but last year he parted ways. The BJP had won 22 seats, LJP six and RLSP three in 2014 when the JD-U fought separately and could get only two seats. The RJD won four seats and the Congress two.

The BJP, JD-U and LJP have already announced a seat-sharing formula with BJP and JD-U to contest 17 seats each, leaving six seats for LJP.

In the 2009 Lok Sabha election, the BJP and JD-U contested together and won 32 of the 40 seats while the RJD won four. The Congress got two seats.

However, it remains to be seen in 2019 that election goes in whose favour as caste plays an important consideration for voters in the Hindi heartland.

In 2019, the caste equations appear to be even for both the NDA and the “mahagathbandhan”. While the upper castes and backward Kurmi and Koeri communities are expected to back the NDA, Yadavs, minorities, dalits and mahadalits are expected to back its rivals. The Most Backward Classes, which account for 24 per cent of the population, are also expected to play a key role.

Maharashtra: Maharashtra is another big state where the alliance between the opposition parties may hit the BJP’s prospects.

The rift between the BJP and Shiv Sena, the original Hindutva outfits, is at an all time high and efforts are on to sort out the differences. If both parties come together, they have a formidable task of taking on the Congress-NCP combination. Political observers feel that if the BJP and Shiv Sena fight it alone, right-wing votes would be split hurting both parties.

In the Assembly elections that were held in October 2014 following the Lok Sabha polls, the BJP and the Shiv Sena contested separately. By winning 122 seats in the 288-member Assembly, almost twice the seats the Sena got, the BJP showed that it was no longer the junior partner in the alliance. The Sena has not come to terms with this change in dynamics and is said to be keen on rewriting the alliance seeking the Chief Minister’s post and more Assembly seats for it to come to a pact in the Lok Sabha election.

The BJP contested 24 of the 48 Lok Sabha seats in Maharashtra and the Shiv Sena 20 seats. Riding high on the ‘Modi wave’, the BJP won 23 seats and the Sena 18.

In a bid to end the differences, a meeting took place on Thursday between Shiv Sena President Uddhav Thackeray and Maharashtra Chief Minister Devendra Fadnavis. 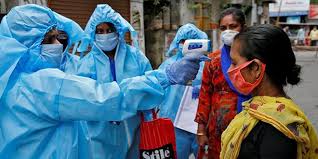 Maharashtra’s Covid-19 deaths remained on the upswing, staying past the 100-mark although new infections dropped and recoveries improved, health authorities said on Friday.

While 11 of the state’s 36 districts reported fatalities – and all reported new infections – the bulk of deaths came from the Mumbai-Pune regions.

Of the new deaths, Pune again led the state with 25, while there were 16 in Ahmednagar, 14 in Mumbai, nine in Nagpur, eight each in Thane, Sangli, and Osmanabad, five in Aurangabad, four each in Satara and Bhandara, three each in Nashik, Solapur, Jalna, Chandrapur, and Gadchiroli, two each in Parbhani, and Latur, and one each in Raigad, Ratnagiri, Hingoli, Akola, Amravati, Yavatmal, and Buldhana.

Mumbai, remaining in the sub-50 fatality range for over a month now, saw its toll climb to 10,945 now, while fresh cases remained below the four-figure mark, with 813 new infections took its total to 284,509.