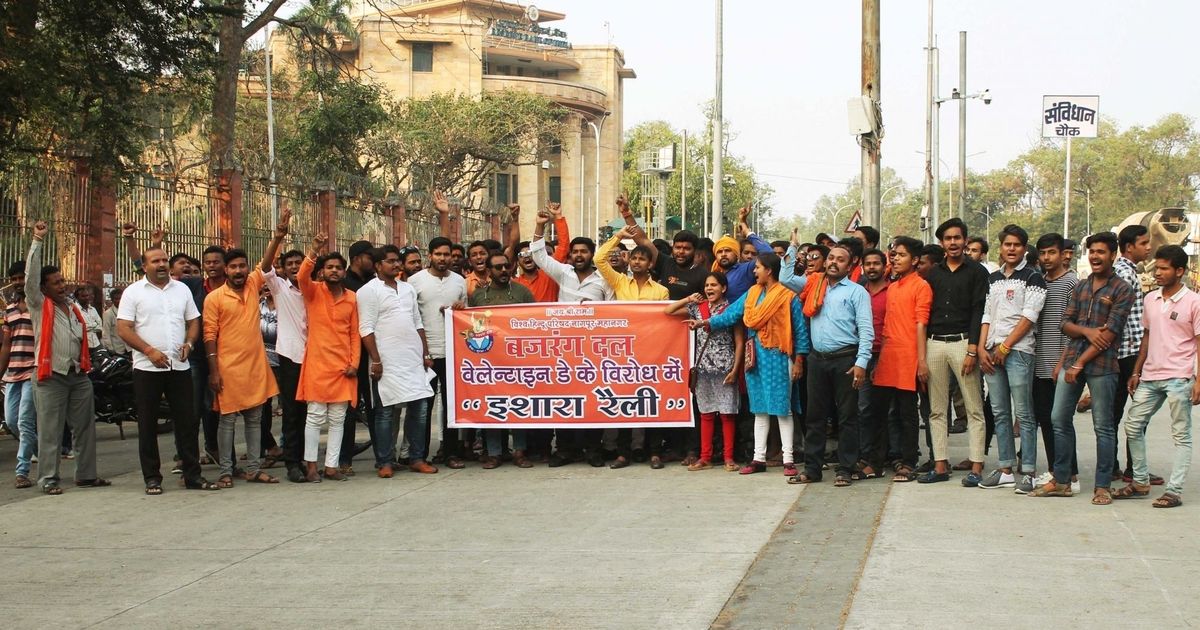 Hyderabad: As many as 74 Bajrang Dal activists were Thursday taken into preventive custody here even as members of the organisation held demonstrations in different parts of the city protesting Valentine’s Day celebration, police said.

A total of 74 members of Bajrang Dal were taken into preventive custody at two separate places when they tried to take out rallies without permission, they said.

In a related incident, a young couple was allegedly forced to tie the knot at a public park in Medchal area, by a group of people.

However, a spokesperson of the Bajrang Dal denied involvement of its members.

Reacting to the incident, a senior police official said the parents of the youth were in the process of submitting a petition to them, following which they would initiate necessary action.

Bajrang Dal had called upon managements of pubs, bars, restaurants and resorts not to organise events to celebrate Valentine’s day.