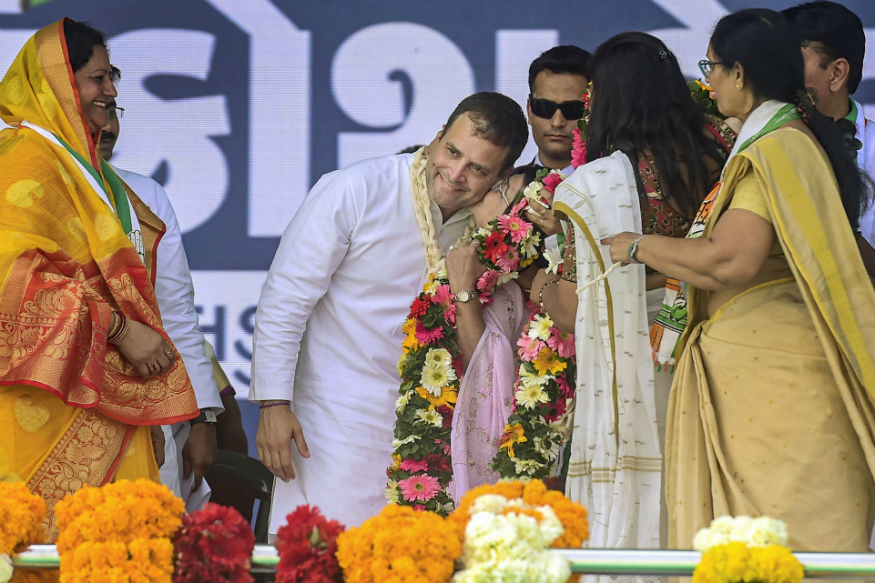 Lal Dungri: It was a Valentine’s Day of sorts for a 68-year-old Parsi woman, a Congress activist, who was part of a group of enthusiastic women party workers and who went to garland Congress president Rahul Gandhi on stage ahead of a public meeting.

This chubby woman, very short in height, out of the blue pulled down Rahul Gandhi, held his face with both hands and gave me a peck on his left cheek.

The woman, Kashmira Munshi, also firmly held his chin and patted him on the cheek after the other women put a huge garland over Gandhi’s neck.

Lal Dungri is where Indira Gandhi in 1980, Rajiv Gandhi in 1984 and Sonia Gandhi in 2004 had launched their campaigns for the Lok Sabha polls and romped home to power. The Congress believes Lal Dungri is a harbinger of good luck that brings the party to power at the Centre.