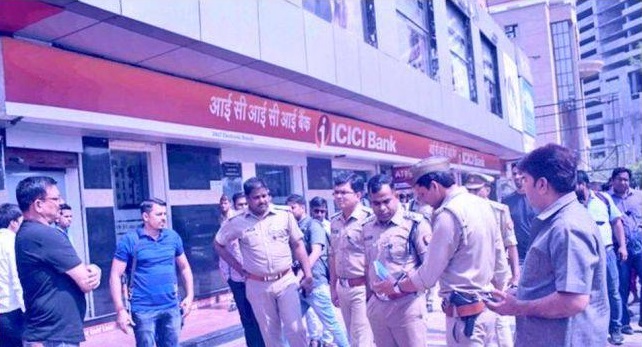 The police said Rupendra Singh, the accountant of Yatharth Promoters & Developers owned by Adesh Sharma, came to office in his car at about 9.30 a.m. As he opened the rear door of his car to pick up the bag containing the cash, three men came on a Royal Enfield bike, wearing helmets, snatched the bag and fled.

One of the robbers put a pistol to Singh’s head and his accomplice snatched the bag containing the cash while the third man remained on the bike. During the short scuffle, the helmet of one of the robbers fell, uncovering his face. But they opened fire in the air, forcing the people nearby to run for safety.

After the incident, Singh rushed inside his office and informed the owner of the firm. The police reached the spot after an SOS call was sent to the police control room.