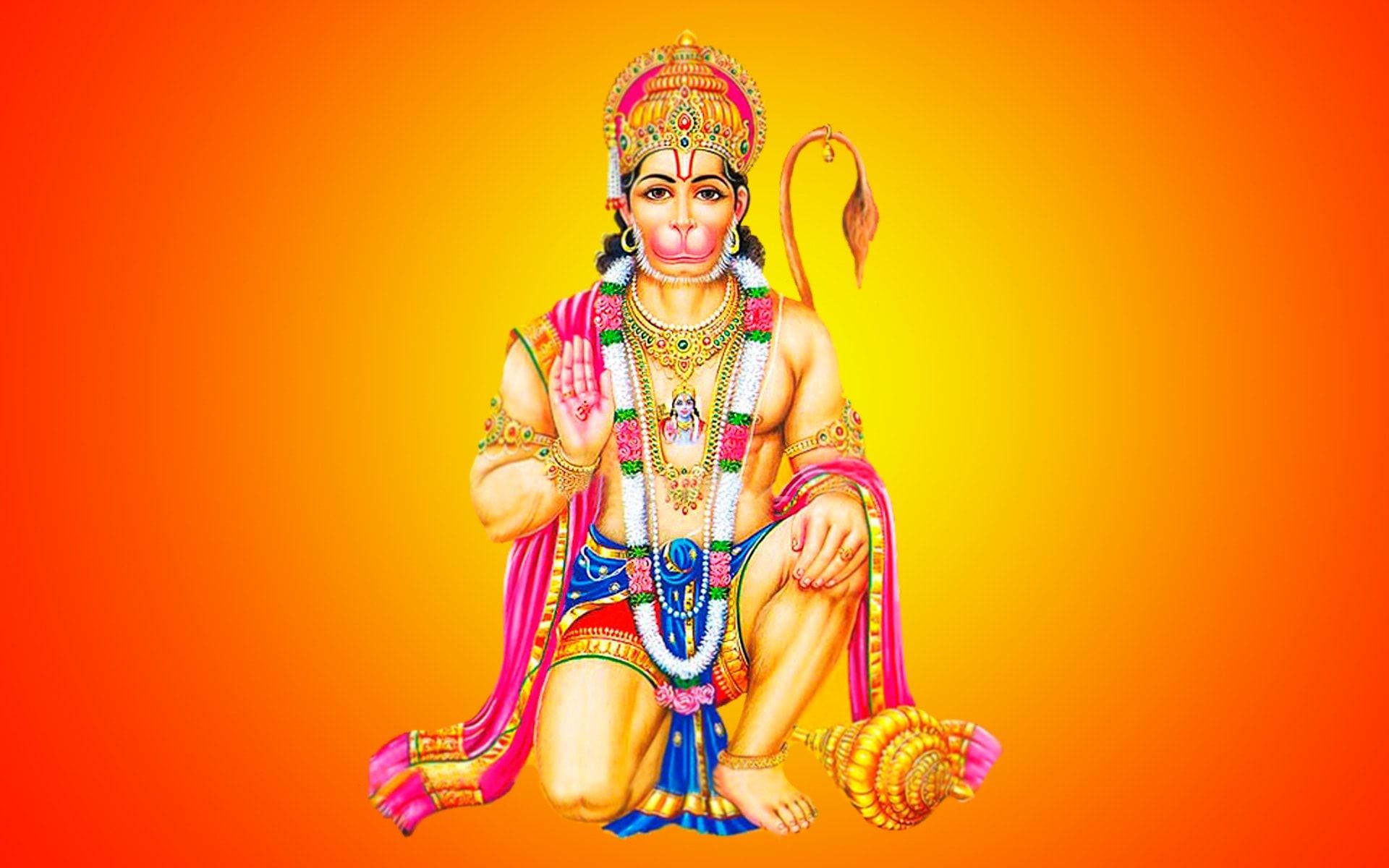 Weeks after UP CM Yogi Adityanath stimulated a huge controversy around the caste of the Hindu Lord Hanuman by saying he was a “dalit”, another BJP lawmaker has now commented on the religion of the God and has said that he was a “Muslim”. Bukkal Nawab, Member of Uttar Pradesh Legislative Council, on Thursday said that Lord Hanuman was, in fact, a Muslim. 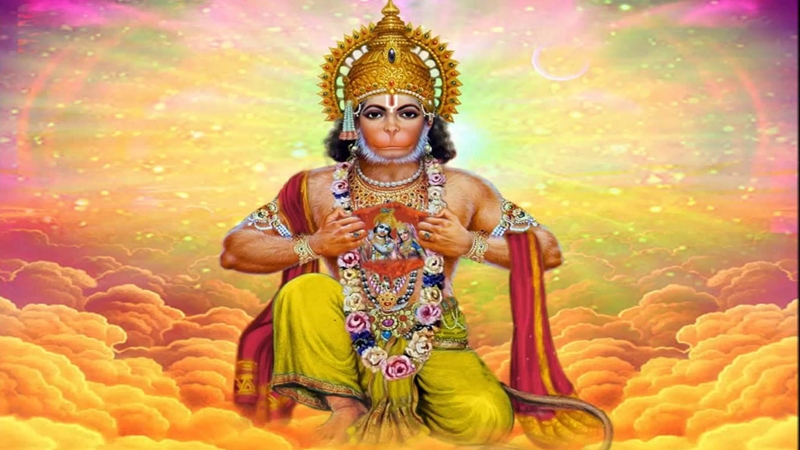 The political slugfest over Lord Hanuman’s religion got a new twist when state Bharatiya Janata Party’s (BJP) Member of Legislative Council (MLC) Bukkal Nawab on Thursday claimed that the deity was a Muslim.

To justify his statement, MLC Bukkal Nawab said, “Muslims have names like Arman, Rehman, Furqan, Zeeshan, Rehan. This proves that ‘Hanuman’ Ji was also a Muslim. All the names which are used in Muslims are derived from ‘Hanuman’; you will not find any similar sounding names in Hindus.” 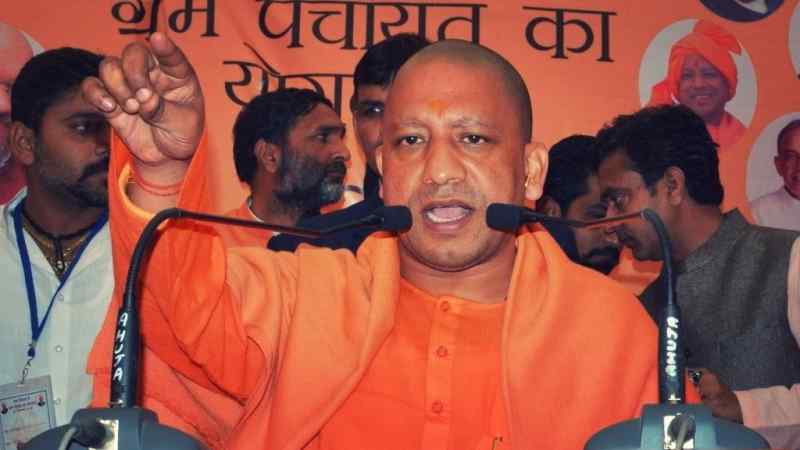 “Lord Hanuman belongs to all, and as far as I think, Hanumanji was actually a Muslim,” Nawab, who left the Samajwadi Party to join the BJP when the Yogi Adityanath government came to power, told reporters here.

He argued that the deity’s name is very similar to the names among Muslims and many of them are named after him. 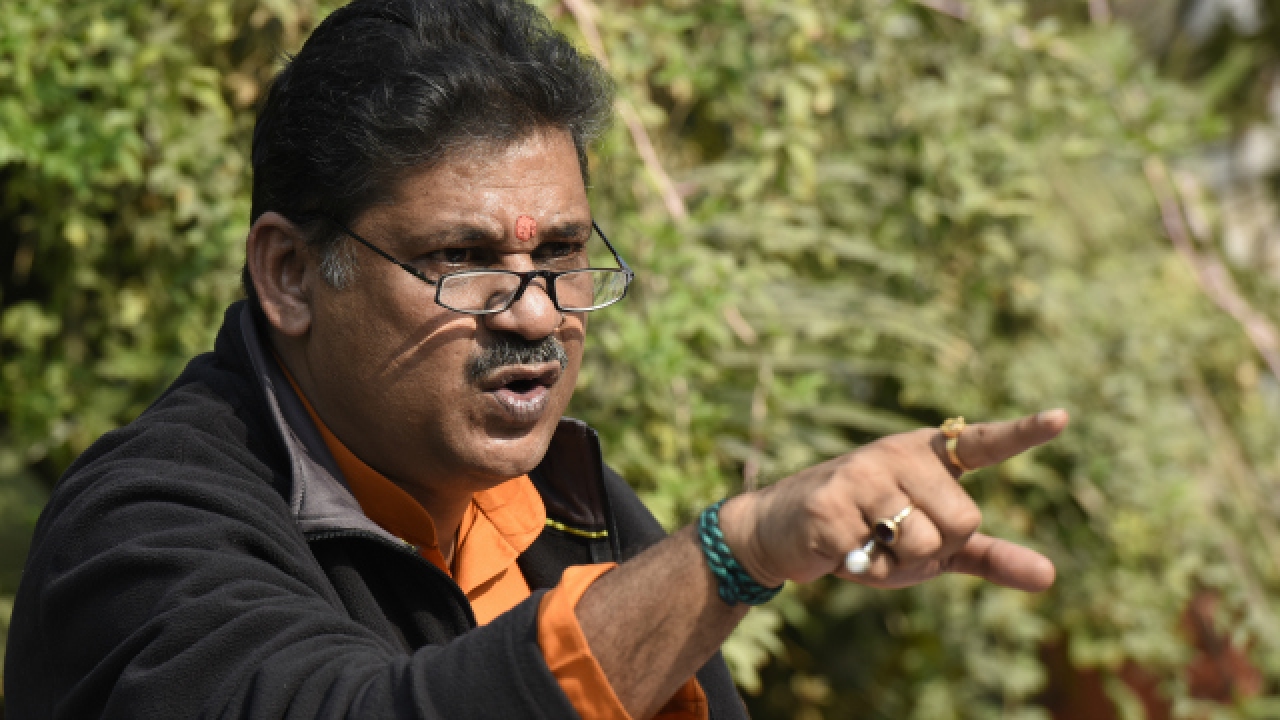 Nawab, 64, who publicly offered prayers at a Hanuman temple last year, is the latest political figure to have weighed in on Lord Hanuman’s identity. 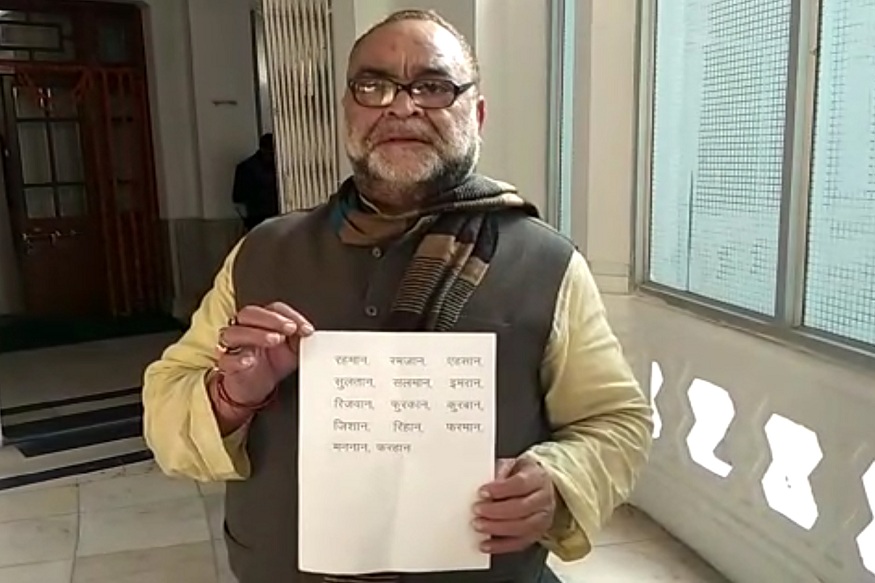 While campaigning during the recent Assembly elections, Adityanath reportedly said, “Hanuman was a forest dweller, deprived and a Dalit. Bajrang Bali worked to connect all Indian communities together, from north to south and east to west.”

On December 4, BJP MP Savitribai Phule took exception to the manner in which the deity is depicted.

A Jain priest in Bhopal has claimed Lord Hanuman was neither a Dalit nor a tribal, but a Jain. 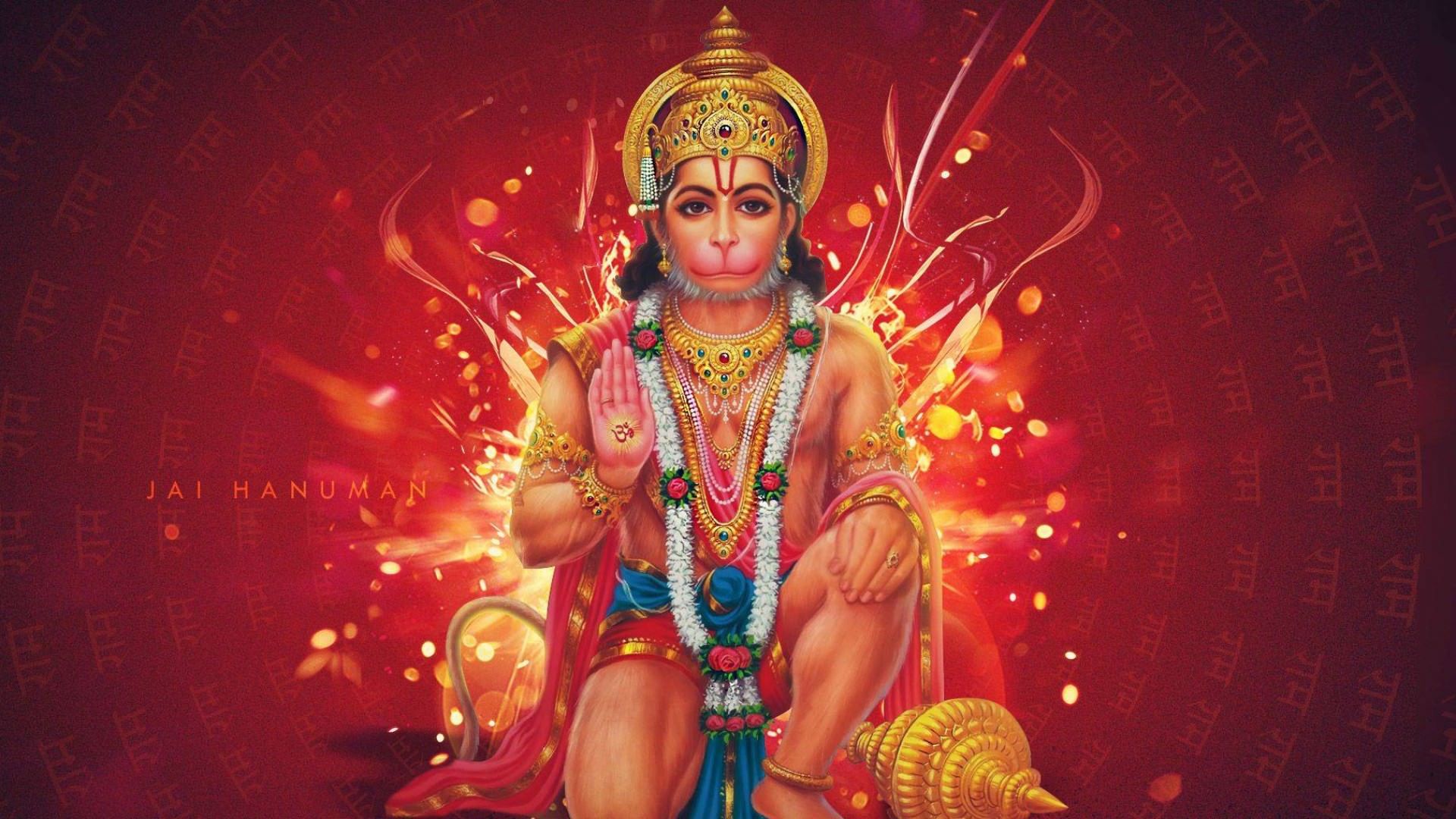 Bukkal had given up his Uttar Pradesh Legislative Council seat to pave the way for a BJP minister to become a legislator within the stipulated six-month period and continue in the government.

After openly supporting the construction of a Ram temple at the disputed site in Ayodhya, the prominent Shia politician last year donated a 30-kg brass bell at a famous Hanuman temple. 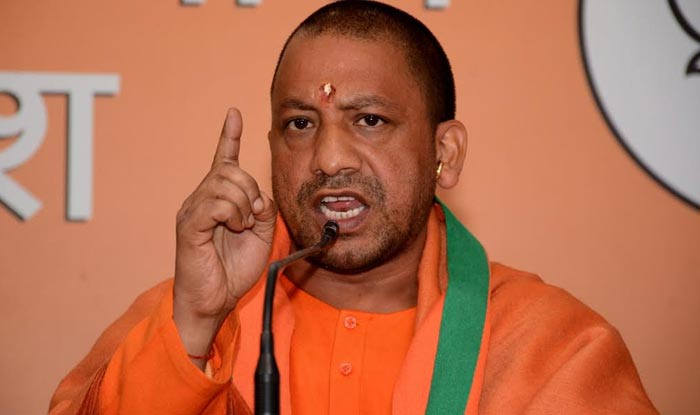 He offered prayers there, prompting the SP to comment, “It is nothing but a publicity stunt. He is hopping from one temple to another to hog media limelight.”

When the BJP returned the favour and gave him an MLC ticket for the UP council’s biennial elections, he said, “My wish has been fulfilled by Lord Hanuman.” 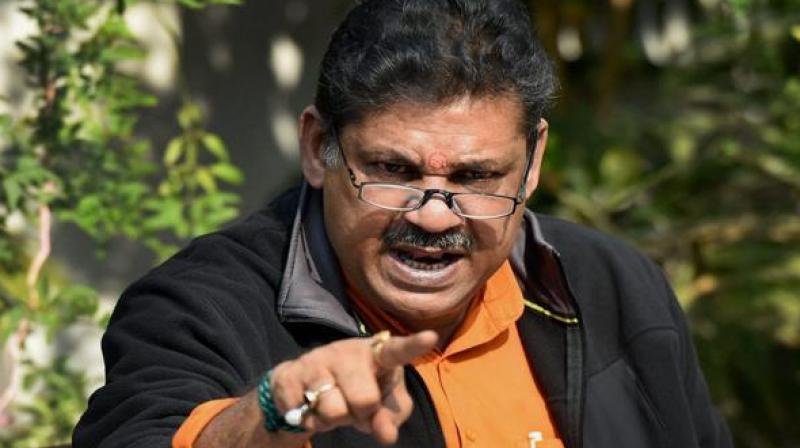 During the 2017 UP Assembly election campaign, Bukkal had caused a stir by saying he would be happy to see a Ram temple come up at the disputed site.

The legislator had said he would help the cause by carrying the first brick for the temple at Ayodhya. He also promised to contribute Rs 15 crore towards the temple’s construction and a ‘mukut’ (crown) for Lord Ram. 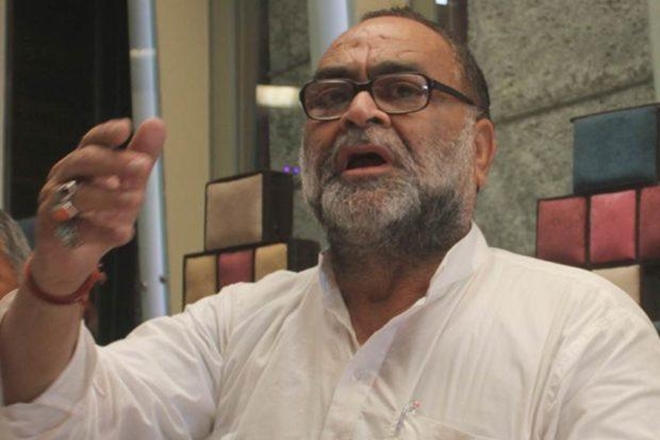 Bukkal, who is president of the Rashtriya Shia Samaj or RSS, a different avtar for the acronym which is generally associated with the Hindu nationalist group, was subsequently ostracised by the Darul Uloom Deoband seminary for indulging in idol worship. 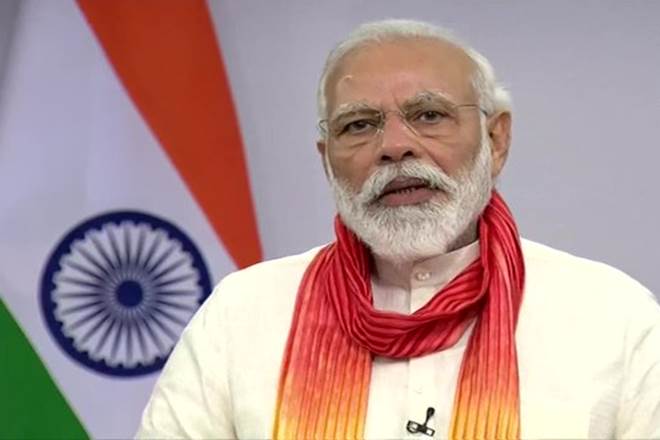 Prime Minister Narendra Modi is in talks with representatives of NGOs of his constituency Varanasi. In this meeting, they are discussing about the efforts to distribute food grains and other assistance to them during the lockdown implemented due to Corona virus crisis.

The PM said something, read the update below –

Thousands of people have increased the glory of Kashi. Hundreds of institutions have expended themselves. Most of all I have not been able to talk, but I salute everyone’s work today. I salute every person connected with service.

Prime Minister Narendra Modi said that today when I am talking to you, then I am not only taking information from you, but you are taking the most inspiration. To make more work, people like you worked in this crisis, taking their blessings.

This crisis period of Corona has completely changed the way people think, understand, work, eat and drink. The way you all served, this service has a big impact on the life of the society.

These are our rites of selfless service of others, which are coming in handy during this difficult time, said Prime Minister Narendra Modi.

In the same spirit, the Central Government has also made continuous efforts to share the suffering of the common people in this time of Corona, to reduce it.

The poor get ration, have few rupees, they have employment and they can take loan for their work, IM has taken care of everything.

Free gas cylinders have been given to the beneficiaries of the Ujjwala scheme for the last three months to ensure that the poor do not have fuel for cooking due to the lockdown.

Whether to deposit thousands of crores of rupees in Jan-Dhan account or to provide easy loans to the poor, employment of laborers, small industries, street vendors, or historical decisions for farming, animal husbandry, fisheries and other works The government has worked continuously. Prime Minister Narendra Modi said.

At this time, work is going on fast on different projects of about Rs 8 thousand crore in Kashi itself. When conditions are normal, the old raven in Kashi will return equally fast. For this, we have to prepare from now.

After the recent decisions of the government, saris here, for other handicrafts, will open new doors for the business of dairy, fisheries and bee-keeping here, said Prime Minister Narendra Modi.

I would urge the farmers, even the younger colleagues, to ensure greater participation in this type of business. With the efforts of all of us, our Kashi can grow into a major export hub of India and we should.

We have to change the habit of spitting on the paths. We have to make the ritual of two yards, the hotbed or face mask and the habit of washing hands. Prime Minister Narendra Modi said.