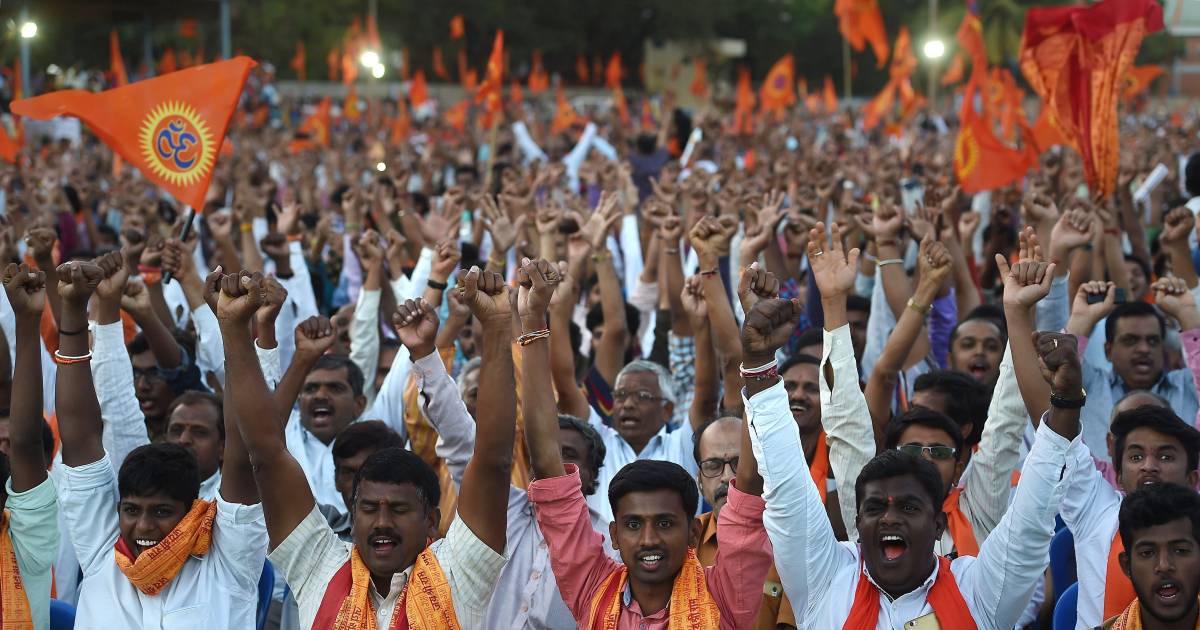 Lucknow: The VHP would observe Shaurya Diwas on December 6, the anniversary of Babri Masjid demolition, and also gear up for programmes lined up on the occasion of Gita Jayanti on December 18 to garner support for the construction of a grand Ram Temple in Ayodhya. 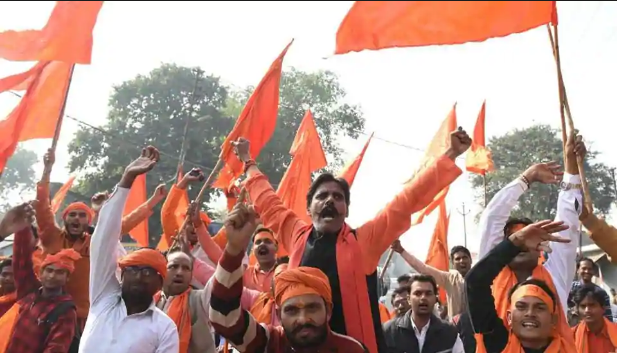 With the 2019 Lok Sabha elections round the corner, all eyes seem to be on the temple town as Thursday marks the 26th anniversary of the demolition.

The Vishwa Hindu Parishad (VHP) along with some akharas will be celebrating the day as ‘Shaurya Diwas’ and are likely to hold programmes to mark the day. 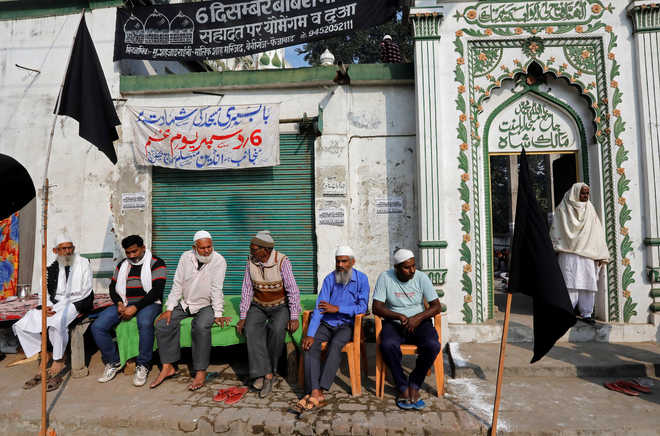 VHP spokesperson in Ayodhya, Sharad Sharma, said, “Shaurya Diwas will be traditionally celebrated. In Ayodhya, the VHP and various Hindu organisations are likely to organise a number of religious programmes, including a hawan, so that a grand temple of Lord Ram is built.”

Sharma also said that special prayers for Goddess Saraswati (the goddess of learning) were likely to be held so that the people, especially politicians do not “hinder the construction of a Ram temple”. 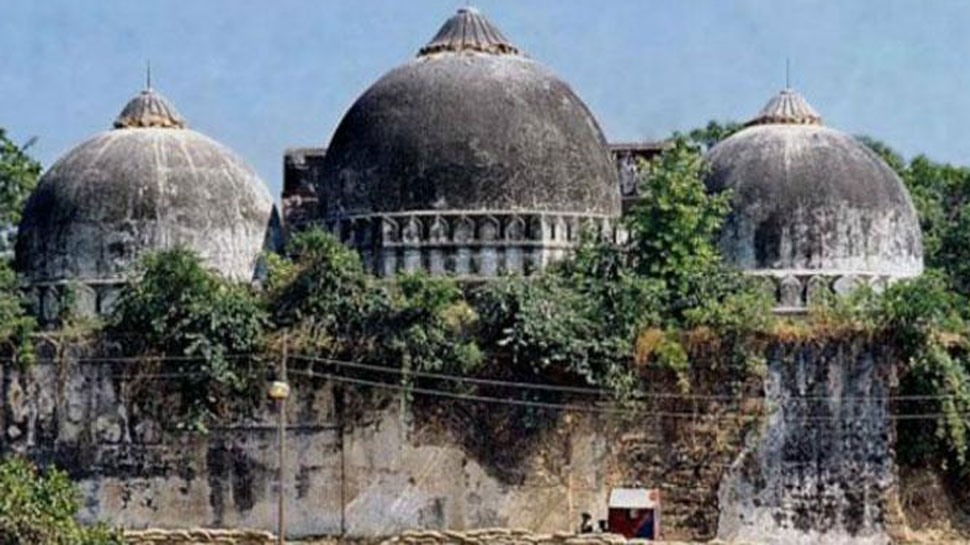 “Sarva baadha mukti hawans (hawans seeking to get rid of all obstructions) too will be held. Tributes will also be paid to the innocent karsewaks who faced bullets and lost their lives,” he said and compared the karsewaks to Jatayu, the vulture who tried to rescue Sita from demon king Ravan in the epic Ramayana.

The VHP office bearer said another Dharam Sabha was scheduled to be held in Delhi on December 9 in which over five lakh people were likely to turn up. 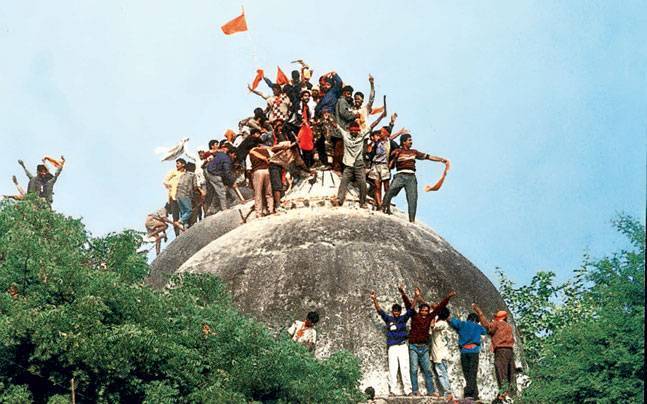 “On January 31 and February 1, we are going to organise a Dharam Sansad in Prayagraj in which more than 5,000 seers from across the country are likely to participate. Seers from southern states and north-eastern states have been specially invited for this,” he said.

The Dharam Sansad would deliberate on various issues, including the Ram temple, cow, river Ganga, and social harmony, he said. 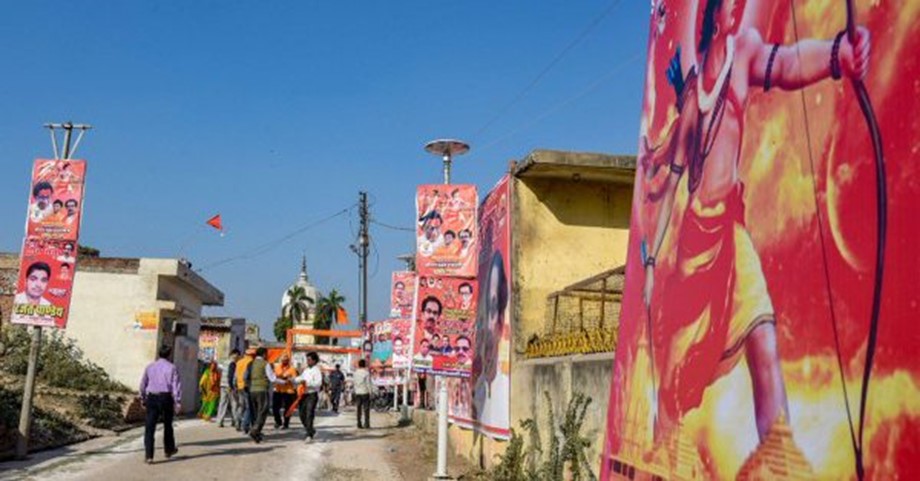 “Through the Dharam Sabha (held on November 25), we were able to send a message that the Hindu society wants a grand Ram temple in Ayodhya,” Sharma said, adding the road map of the next course of action will be finalised during Kumbh in Prayagraj next year.

When asked, Mahant Ramdas of Nirmohi Akhara said, “We will celebrate the day as Shaurya Diwas, as it was on this day that Ram Janmabhoomi was liberated from a Mughal structure.”

He said nearly 500 prominent ashrams of the temple town would be lit with ghee lamps and illuminated with electronic lights to celebrate the day. 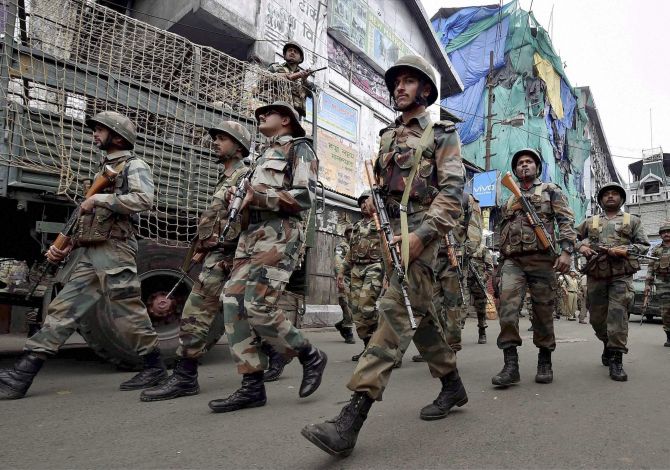 Ramdas said the day would be celebrated like Diwali and hawans would be held at Karsewakpuram.

Secretary (organisation) of VHP’s Awadh praant (region) Bholendra said pledge-taking programmes would be held on Gita Jayanti on December 18 and would continue for a week.

“The VHP would hold pledge-taking programmes at various places in the country. The pledge will be taken for construction of a grand Ram temple. This will begin on Gita Jayanti and continue for almost a week. Apart from this we are holding Dharam Sabhas on a smaller scale across various parts of the country,” he said. 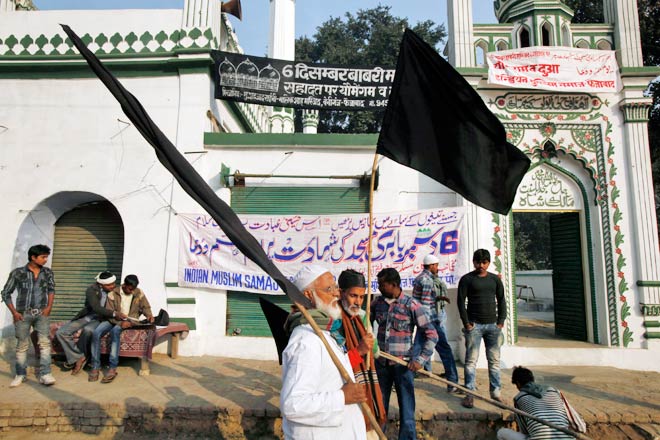 On the 25th anniversary of the mosque’s demolition last year, heavy security was deployed in the twin towns of Faizabad and Ayodhya, as the VHP and the Bajrang Dal observed ‘Shaurya Diwas’ (Day of Valour), while Muslim organisations observed ‘Yaum-e-Gham’ (Day of sorrow).

Taking note of the gravity of the situation and the advisory issued by the Centre, the Faizabad administration had made heavy security deployments in the two towns.