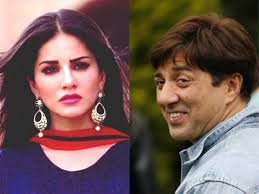 Veteran actor Dharmendra has revealed an incident when he thrashed his elder son Sunny Deol.

Dharmendra and his sons Bobby Deol and Sunny shot for an episode of the show “Indian Idol 10”.

On the show, its host Maniesh Paul played rapid fire with Dharmendra. He asked the actor about Sunny and Bobby.

When Dharmendra was asked whom he loves more, he said one is my left eye and the other is my right eye. He also revealed the time when he had thrashed Sunny, read a statement. “Both the kids are my two eyes and I love them very much. Once I had got a toy gun for Sunny and he broke all the mirrors in the house. That was when I had lost my temper and given him left and right. Later I felt very bad about this,” Dharmendra said.

The three will soon be seen in their film “Yamla Pagla Deewana Phir Se”.

Bollywood Celebrities And Their Drunk Avatars While Partying.See here