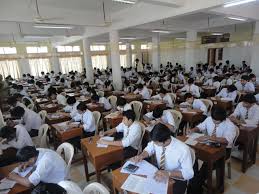 The Central Board of Secondary Education (CBSE) on Wednesday decided to re-conduct examination of Maths and Economics papers for Class X and Class XII respectively following leakage of question papers.

“With a view to uphold the sanctity of Board Examinations and in the interest of fairness to the students, the Board has decided to re-conduct the examination,” said a CBSE statement.

The dates for the fresh examinations and other details will be hosted on the CBSE website within a week.

On Monday, when some teachers of private schools found the questionnaire of Class XII Economics paper to be same as a handwritten note which was being circulated over messaging service app over the past few days.

About 10% Indians hopeful of tasting success within a year