Houston: One person was wounded Tuesday at the El Paso VA Health Care System in Texas, where an active shooter was reported, as per reported citing officials.

John Meza, spokesman for US Rep. Beto O’Rourke, who represents El Paso, said a doctor was shot and that the gunman then took his own life.

A Pentagon official, who spoke on the condition of anonymity, similarly said that a doctor was shot by a gunman, who later died from a self-inflicted wound.

The motive for the shooting was not immediately clear. The VA facility will be closed Wednesday.

A spokesman for the William Beaumont Army Medical Center, which is adjacent to the VA facility, had said earlier the area was on lockdown.

“The Department of Veterans Affairs is deeply saddened by the tragic situation that has occurred in El Paso, and we are actively working with our partners at Fort Bliss to investigate this matter,” the department said in a statement.

“We will continue to cooperate fully with military and civilian authorities at Beaumont Army Medical Center. The safety and continued care of our Veterans and the staff will be our focus throughout this situation,” it read. 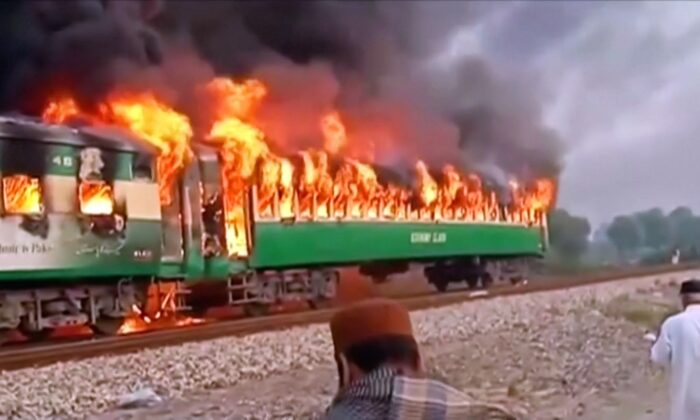 A bus and train collided in Pakistan’s Punjab on Friday. There are 29 deaths reported in this accident, mostly Sikh devotees are in this bus.

The accident occurred at a railway crossing at Farooqabad, 60 km from Lahore. Where the mini bus passing by collided with Shah Hussain Express coming from the front. The train was going from Karachi in Pakistan to Lahore and the accident took place at around 1.30 pm.

29 people have died in this terrible collision. Most of whom are Pakistani Sikhs. After the accident, the administration and relief and rescue workers reached the spot and took the injured to the hospital.