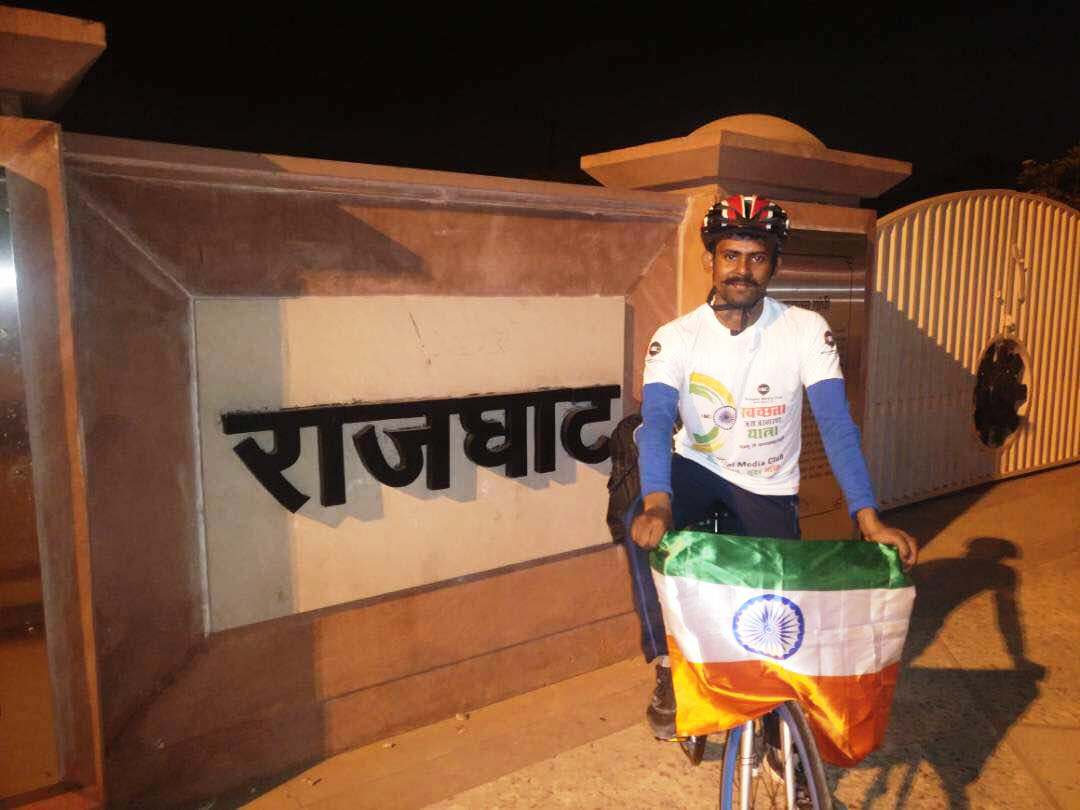 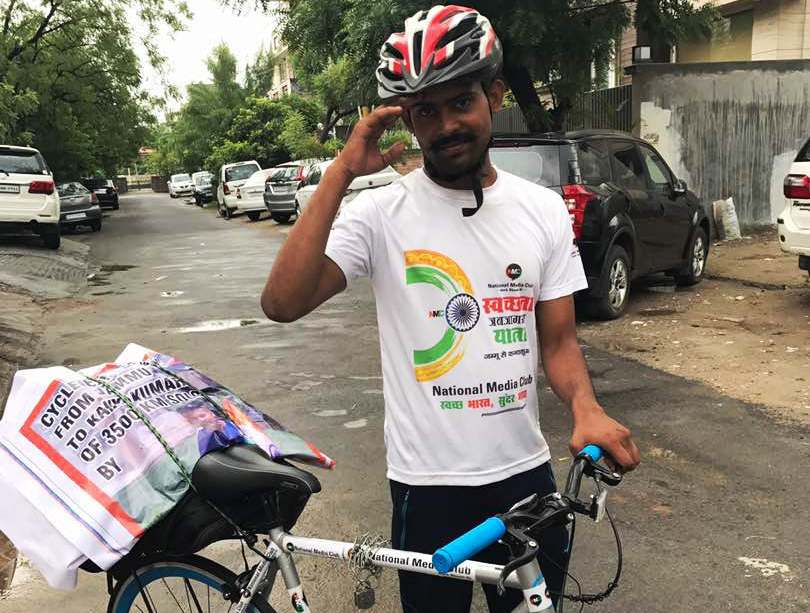 Sawayam Mishra told media that “through his cycle ride from Kashmir to Kanyakumari he wants to aware lots of people about cleanliness”.

According to Mishra he started his cycle journey on 6th June from Jammu’s Gandhi Nagar district, then to Kathuwa, Jalandhar, Ludhiyana, Ambala, Kurukshetra and then reached to New Delhi, where he was welcomed by National Media club president Sachin Awasthi and many journalist. 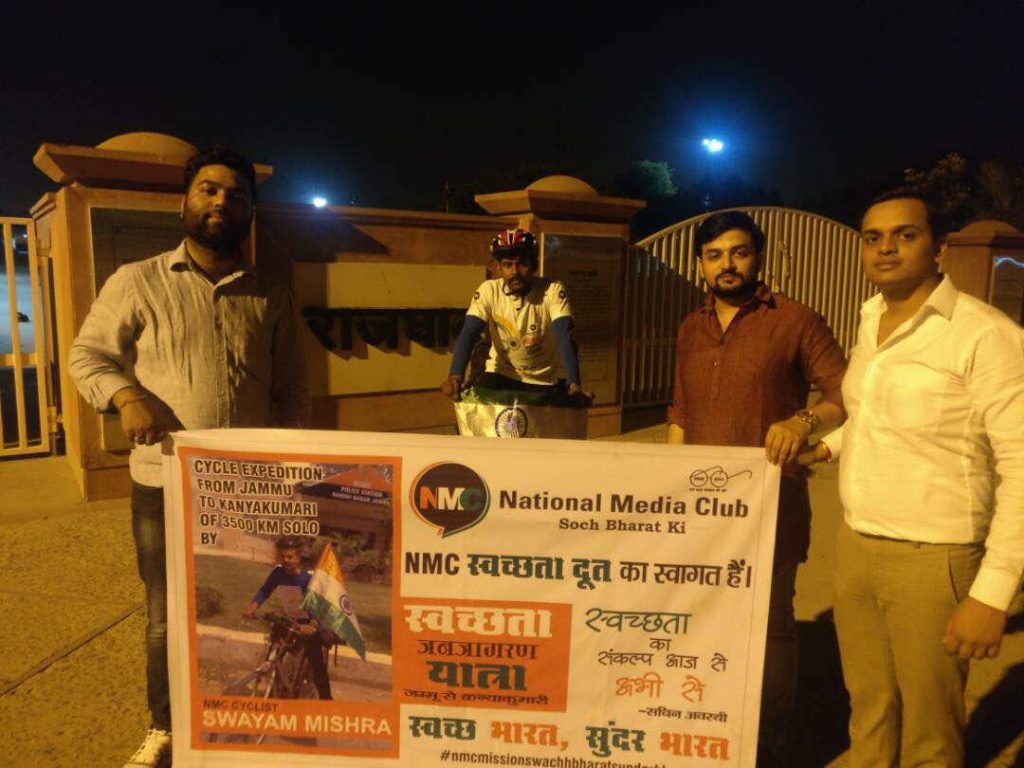 From New Delhi Mahendra will move to Agra, Gawalior, Jhansi, Nagpur, Hyderabad and then to Bengluru, Madurai, and finally to Kanya Kumari. Earlier this cycle record to travel from Kashmir to Kanyakumari was made by Santosh R Holy, and was completed in 16 days.

National Media club a group of journalist takes sawachta mission as their target, and very often they keep on doing cleanliness drive in various part of the state, infact they also launched a calendar related to sawachta mission. 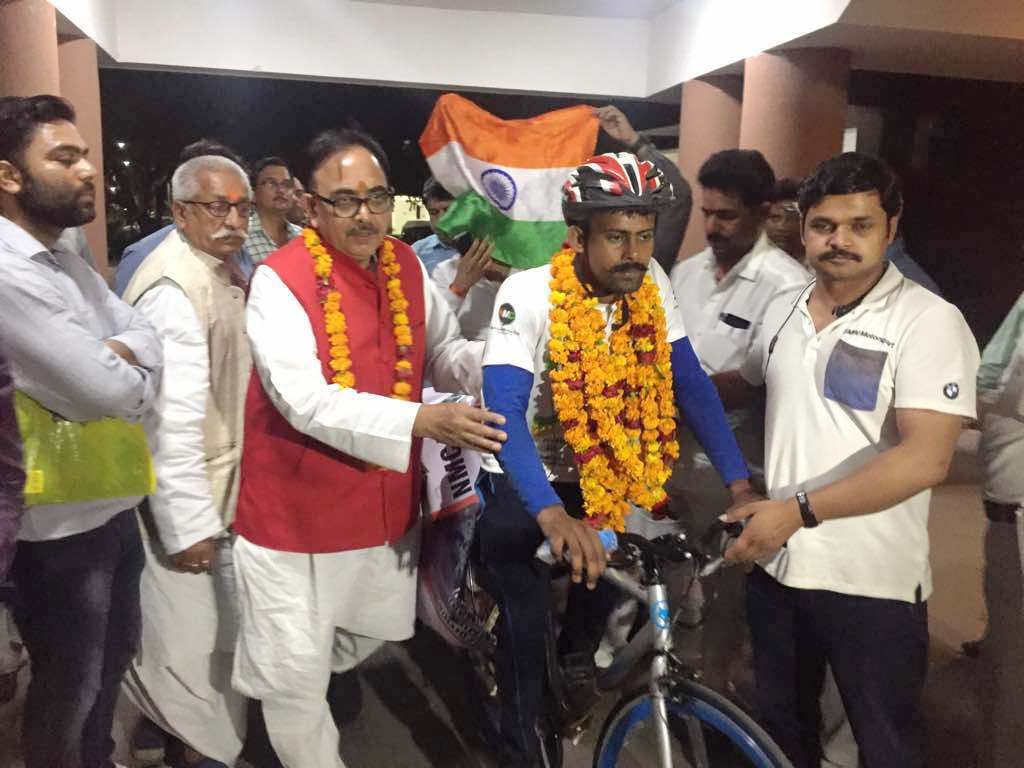