Panaji: The Goa BJP’s decision to welcome a tainted Congress legislator into its fold has brought to the surface a rift between the party’s tallest state leaders, Defence Minister Manohar Parrikar and Union Minister of State for AYUSH Shripad Naik. Less than a week after Pandurang Madkaikar resigned from the Congress and the assembly to join the ruling Bharatiya Janata Party, Naik said on Monday that he was not consulted and the decision was “wrong”.

“They informed me about this only after taking the decision. I had told them that it was a wrong decision,” Naik told reporters. Madkaikar joined the BJP last week in the presence of Parrikar, Chief Minister Laxmikant Parsekar and state party President Vinay Tendulkar. Parrikar claimed on Saturday that Naik was consulted before Madkaikar’s induction. Madkaikar is the second Congress state legislator to join the BJP over the past 10 days.

During a debate in the Goa assembly, Parrikar, as the Goa Chief Minister then, had accused the former Cumbharjua legislator of indulging in a land scam. After Madkaikar’s inclusion into the BJP on December 22, Parrikar claimed an inquiry has been ordered into the scam and action would be taken if the legislator was found guilty. Madkaikar’s entry into the BJP has also riled a section of the BJP leadership in Goa, which is one of the five states headed for polls early next year. Naik claimed that he did not want to speak publicly of his discontent, but said he was forced to go on record after Parrikar told the media on Saturday that he had been consulted before the controversial induction.

“I did not go to the press because of party discipline… Consultation means asking for an opinion before a decision is made. This decision was already made by him (Parrikar) before I was told about it,” Naik said. The BJP, which got an unprecedented simple majority in the 2012 state assembly elections, now faces an uphill task in the next polls since its alliance with the Maharashtrawadi Gomantak Party is on the brink of breaking up and a new political party founded by rebel Rashtriya Swayamsevak Sangh leader Subhash Velingkar is taking the battle to the ruling party.

‘Congress-SP alliance in UP depends on BJP’s green signal’ 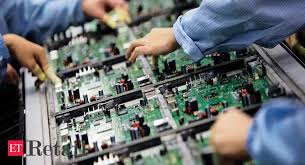 As foreign firms expressed intent to invest in UP in a big way, Yogi govt has decided to bring out ‘UP Electronic Manufacturing Policy – 2020’ in August 2020, which is aimed at developing the Electronics sector in all parts of the state.

In a significant milestone for Yogi govt, Electronics Manufacturing Sector has achieved the five-year target in just 3 years by garnering an investment of Rs 20,000 and about 3 lakh employment generation. Many companies from China, Taiwan and Korea are making a beeline to invest in the Electronics sector in Uttar Pradesh and some of those have already arrived in a big way. Recently, Samsung relocated its plant in India from China.

Under the stewardship of Yogi Adityanath, Uttar Pradesh is fast emerging as hotspot destination for multi-national companies mainly from China, Taiwan and Korea. Electronics Manufacturing sector is drawing maximum investment as many firms have shown keen interest in setting up their bases in the state.

”The target of Rs 20,000 crore of investment and employment of three lakh was set to achieve till 2022 but could be achieved two years in advance as as many as 30 investors were attracted by the policies of the government to invest in Electronics sector in the state till 2020,” Industrial Infrastructure and Industrial Development Commissioner (IIDC) Alok Tandon said.

He said, “the new ambience developed by the state government has resulted in Noida, Greater Noida and Yamuna Expressway area has a well-distinguished Electronics manufacturing hub where many units are coming up. We are receiving intents from several companies regularly as the Electronics Sector is beaming with the activities in the times to come.”

An Electronic Manufacturing Cluster (EMC), designated as TEGNA cluster, is also being set up in NCR where foreign companies like Oppo, 3 Indian companies and 4 Taiwanese companies are setting up their units with an expected investment of Rs 2000.

Buoyed by its success, Yogi government decided to bring out ‘UP Electronic Manufacturing Policy – 2020’ in August 2020, which aimed at developing the Electronics sector in all parts of the state. Uttar Pradesh government, in view of the successful investment scenario in the sector, has also upwardly revised the target to bring fresh investments of Rs 40,000 crore and further generate 4,00,000 employments in the next 5 years.

Besides, in order to attract investors in establishing manufacturing industries in Bundelkhand and Purvanchal region, various financial incentives have been envisaged in the new policy.