Washington: Scientists have claimed to figured out how the world’s biggest and most-valuable diamonds formed, media reported on Sunday. In a study published this week in the US journal Science, the scientists said large gem-quality diamonds, like the world-famous Cullinan or Lesotho Promise, may be born in metallic liquid deep inside the Earth’s mantle, Xinhua news agency reported.

The research team, led by Evan Smith of the Gemological Institute of America, reached the conclusion after examining so-called “offcuts” of massive diamonds, which are the pieces left over after the gem’s facets are cut for maximum sparkle. They found tiny metallic grains trapped inside in more than 30 exceptionally large stones, which are made up of a mixture of metallic iron and nickel, along with carbon, sulfur, methane, and hydrogen.

These inclusions led the researchers to conclude that these diamonds formed, like all diamonds, in the Earth’s mantle, but they did so under conditions in which they were saturated by liquid metal.Most diamonds formed at depths of 150 to 200 km under the continents and shoot to the surface in volcanic eruptions.”Pure carbon crystallised in this mix of molten metallic liquid in Earth’s deep mantle to form diamonds,” the team explained in a statement.”Small droplets of this metallic liquid were occasionally trapped within the diamonds as they grew,” offering useful clues that may help “advance our understanding of Earth’s deep mantle, hidden beneath tectonic plates and largely inaccessible for scientific observation,” the statement added.

The findings may tell scientists about oxygen availability in different parts of the mantle.Near the surface, the mantle chemistry is more oxidized, which scientists can tell from the presence of carbon in the form of carbon dioxide in magmas erupted in volcanoes.”Previous experiments and theory predicted for many years that parts of the deep mantle below about 250 km depth contain small amounts of metallic iron and have limited available oxygen,” Smith said. 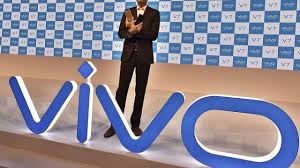 IMEI numbers are issued to each device which makes them easy to track and identify.

In a stunning revelation, it has been found that smartphone major Vivo has sold 13,000 smartphones with the same IMEI number.

Vivo is India’s 2nd largest smartphone maker, and as per Govt rules, no two mobiles can have the same IMEI number.

13,000 Vivo Smartphones Have Same IMEI Number ,this was found in Meerut.

When a police sub-inspector went to a Vivo service center in Delhi to get his Vivo phone replaced, he found that the IMEI number printed on the box and the IMEI number in the replaced phone are different.

Meerut cybercell was informed, and an investigation started, which lasted for 5 months.

While the service center incharge told that the IMEI number was not changed, the SIM operator was asked for more information, and it was found that since September 24, 2019, 13,000 Vivo phones had been running on the same IMEI number.

Based on the findings of the investigation, Meerut’s Cyber cell has sent a notice to under Vivo India’s nodal officer Harmanjit Singh under Section 91 of the CRPC.

There have been no comments from Vivo on this matter.

IMEI or the International Mobile Equipment Identity number is a unique identifier for every smartphone in the world. As per a 2017 ruling by TRAI, every smartphone used in India needs to have a unique IMEI number.

In case it’s found that the same IMEI number is used in different mobiles, then it will be considered a case of tampering and fraud, and jail term up to 3 years exists for the same.