Washington: The Japan Aerospace Exploration Agency (JAXA) is scheduled to launch a cargo spacecraft “Kounotori” on Friday from the Tanegashima Space Center in southern Japan, NASA said on Tuesday.

Loaded with more than 4.5 tonnes of supplies, water, spare parts and experiment hardware for the six-person station crew, the unpiloted cargo spacecraft, named “Kounotori” — the Japanese word for white stork, will set off on a four-day flight to the station. Also aboard the resupply vehicle — H-II Transfer Vehicle (HTV)-6 (Kounotori-6) — are six new lithium-ion batteries and adapter plates that will replace the nickel-hydrogen batteries currently used on the station to store electrical energy generated by the station’s solar arrays.

These will be installed during a series of spacewalks currently scheduled in January, NASA added.

The HTV-6 will approach the station from below on December 13, and slowly inch its way toward the complex.  Expedition 50 Commander Shane Kimbrough of NASA and Flight Engineer Thomas Pesquet of ESA (European Space Agency) will operate the station’s Canadarm2 robotic arm from the station’s cupola to reach out and grapple the 12-tonne spacecraft and install it on the Earth-facing side of the Harmony module, where it will spend more than five weeks, the US space agency said.

Jackie Chan to star in ‘Five Against a Bullet’

Tik ​​Tok said this after the ban in India 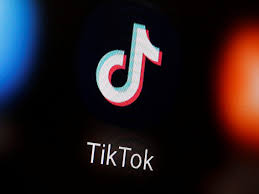 In the midst of India-China tension, the Modi government at the Center has banned 59 Chinese apps, giving a big blow to China. Ban apps also include the Famous Tik ​​Tok app. Now, when India has banned 59 apps from China, it is believed that this will cause a major economic blow to China.

The company is expected to incur a loss of around Rs 100 crore only after the ban of Tik ​​Tok alone. Used to be. According to this, it can be estimated that how much damage China is going to suffer.

Meanwhile, Tik ​​Tok has released its statement after the ban in India. Nikhil Gandhi, head of Tik ​​Tok India, has said that the app is in the process of complying with the government’s ‘interim order’ and that the user’s privacy and honesty are of greater importance to the company. The statement said, “We have been invited to meet the government officials concerned for the opportunity to reply and present clarifications.”

Tik tok continues to comply with all data privacy and security requirements under Indian law and has not shared any information of its users in India with any foreign government, including the Chinese government. ”

It further states that we are requested that we do not do any such thing in future. We place the highest importance on the privacy and integrity of the user.

The statement further said that Tik ​​Tok has democratized the Internet by making it available in 14 Indian languages, with millions of users, artists, storytellers, teachers and artists dependent on it for their livelihood, many of whom are first-time Internet users.