These should be replaced with unsaturated fats, whole grain carbohydrates or plant proteins, as part of an effective preventive approach, the study suggested.

The findings showed that replacing 1 per cent of the daily energy intake from the combined group of these major saturated fatty acids with equivalent energy from polyunsaturated fats, monounsaturated fats, whole grain carbohydrates, or plant proteins, was estimated to reduce coronary heart disease risk by 6-8 per cent.

In addition, the researchers estimated the reduction in risk that would be associated with replacement of saturated fatty acids with more healthy nutrients. 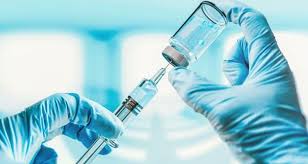 The Union Health Ministry has informed all states and union territories that interchangeability of COVID-19 vaccines is not permitted, and pregnant and lactating women should not be administered the shots as they have not been part of any anti-coronavirus vaccine clinical trial so far.

The Drugs Controller General of India (DCGI) had recently granted emergency use authorisation to two COVID-19 vaccines – Covishield, developed by Oxford University and British-Swedish company AstraZeneca, and manufactured by the Serum Institute of India (SII) and Bharat Biotech’s Covaxin.

India will launch its COVID-19 vaccination drive from January 16 in what Prime Minister Narendra Modi has called the world’s largest inoculation programme.

Ahead of the vaccination drive, in a letter to all states and UTs, the ministry highlighted that under the emergency use authorisation, coronavirus vaccination is indicated only for 18 years and above.

Around three lakh healthcare and frontline workers will be inoculated at 2,934 sites across the country on the first day of the nationwide vaccination drive.

The ministry has already said that getting vaccinated for COVID-19 will be voluntary.

A consignment of an anti-COVID vaccine comprising its 93,000 doses reached Himachal Pradesh’s capital Shimla on January 14, said State Health Secretary Amitabh Avasthi. The consignment of Covishield vaccine had been airlifted from Pune to Chandigarh, from where it was brought to Shimla by road, he said.

A consignment of 18,500 COVID-19 vaccines, to be used in the first phase of inoculation, arrived in Aizawl from New Delhi on the day.

The first consignment of 32,000 doses of COVID-19 vaccine arrived in Arunachal Pradesh in a vaccine van from Guwahati on the day.

Nagaland received its first consignment of 26,500 doses of COVID-19 vaccine, said an official. The vials arrived from Delhi at Dimapur Airport in an aircraft, he said.

A Maharashtra government official has said it will take six to seven months for the vaccine to become available for those who are not in the high-risk category.

Around 1.62 lakh COVID-19 vaccine has reached all the 24 districts of Jharkhand for the scheduled first phase of the vaccination drive on January 16, according to a top Health department official.

(With inputs from PTI)